Minister of State for
Services Standards 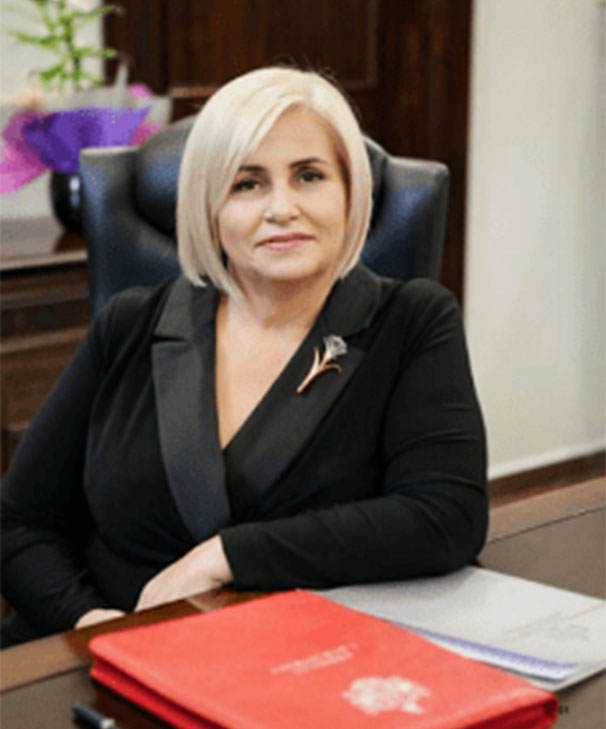 Milva Ekonomi was born in Tirana. As of September 2021 she serves as Minister of State for Standards and Services.

Mrs. Ekonomi served as General Director of the Institute of Statistics of Albania
during the period 1994-2005, performing a series of tasks related to the establishment and institutionalization of official statistics in the country. She has chaired the National Nomenclature Commission and has been a member of the Bureau of the Conference of European Statistics EEC / UN for two terms.

In March 2006, she was elected a member of the panel of experts of the “PARIS 21” project (OECD), where she works on linking official statistics with human rights. She worked on this project until the end of December 2007.

She was subsequently involved as a key expert in the European Agency for Reconstruction (EAR) in Kosovo, in the project on Support to the Statistical System and Preparation of the Kosovo Population Census 2007–2008.

Mrs. Ekonomi gave her contribution as a Long-Term Advisor to the Swedish Statistics (SIDA) at the Kosovo Agency of Statistics, where she worked during 2008 – 2013, drafting statistical legislation and building the Official Program of National Statistics. She has also worked on various projects with UN agencies and other international organizations such as Eurostat, ILO, UNODC, World Bank, DFID, and IMF.

She is a member of the International Institute of Statistics (ISI) and the Balkan Association of Statisticians. Ekonomi is also a founder of the Agenda Institute, an economic and social research center, established in June 2006 in Tirana. Over the years, she has contributed to the women’s movement in Albania, as an activist, attending in many initiatives and civil society actions.

She has also served as a member of the Municipal Council of Tirana during 2000-2011.

Mrs. Economy was previously a Deputy Minister of Health (2013-2016).
In February 2016 she was appointed Minister of Economic Development, Tourism, Trade and Entrepreneurship.

In January 2020 she became chair of the Committee on Economy and Finance.

In December 2020 to September 2021 Mrs. Milva Ekonomi served as Minister of Agriculture and Rural Development.

Ekonomi is fluent in English and Italian, as well as French.