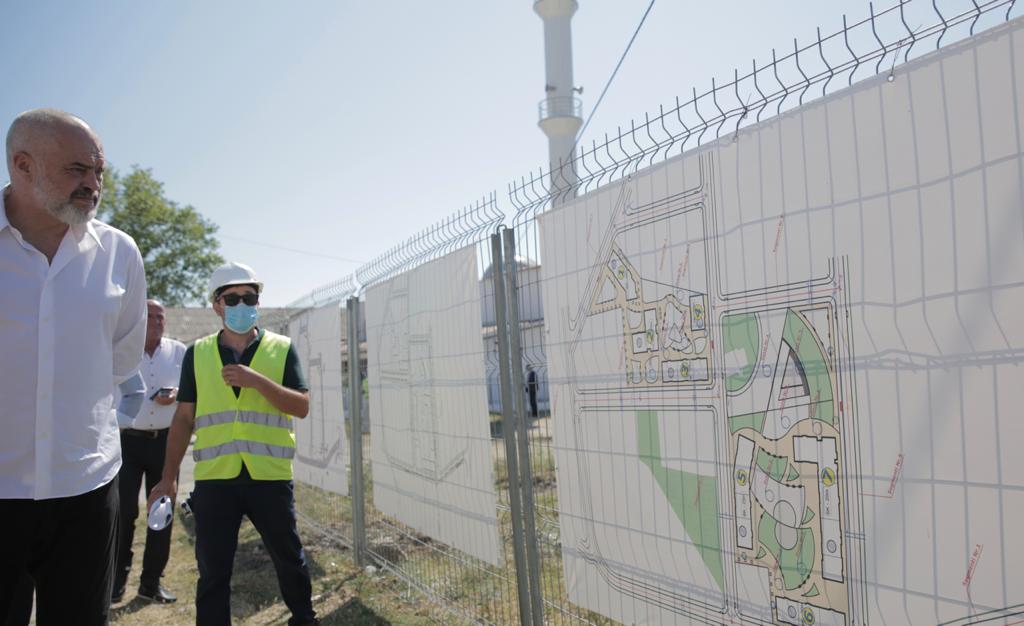 Intense work is underway at the reconstruction sites to build houses for affected families in the Municipality of Kavaje, one of worst-hit areas by the devastating earthquake that rattled Albania on Nov. 26 last year.

A total of 300 new apartment houses will be built to address the housing needs for the quake-affected families that were forced to temporarily move elsewhere. Called “New Development Zone 1”, the site selected to host the new residential neighbourhood will include two residential blocs that will be constructed almost from scratch.

Prime Minister Rama, accompanied by the Minister of State for Reconstruction Arben Ahmetaj, visited the construction site where work is already underway. The new residential complex will include seven apartment buildings and it will feature whole required urban infrastructure, starting with the road network, the power network and sewerage system, the water supply and waste water discharge system.

“The neighbourhood will take shape in line with the construction design in the first months of the next year,” Reconstruction Minister Ahmetaj said, adding that a total of 1209 family heads have already received the government’s compensation grant to rebuild their DS1, DS2 and DS3 damaged apartment houses or private homes.

Construction of the new residential neighbourhood will be associated with the construction and rehabilitation of a series of public spaces, which are set to serve as recreational spaces for people of various age groups. During the inspection of ongoing construction works, the Premier said “the best possible should be done in terms of construction and housing.”