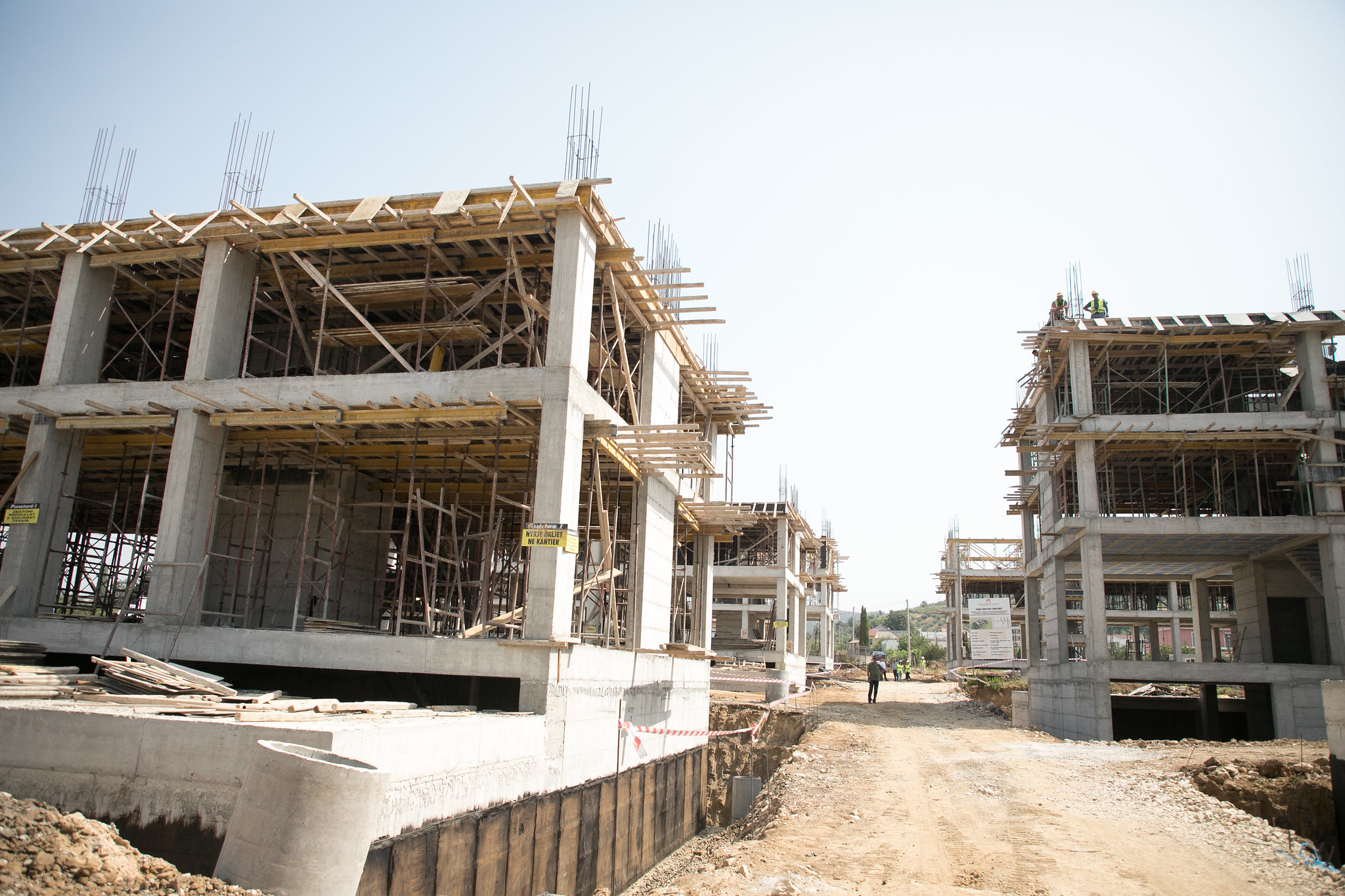 The “Perlat” primary school and kindergarten in Durres has been built back in line with best European standards after the severe damages the building sustained in the devastating earthquake on November 26, 2019.

Prime Minister Edi Rama, accompanied by the Minister of State for Reconstruction Arben Ahmetaj and Durres Mayor Emiriana Sako, visited the newly-built educational facility, which is now ready to open and welcome back its schoolchildren and teachers at the start of the upcoming school year in September. “This is one of the educational facilities built back under the post-earthquake Reconstruction Programme. The school has 80 pupils, including the kindergarten children, and a new modern building featuring all the amenities,” the State Minister for Reconstruction Ahmetaj said.

The new school building has been also equipped with labs and the necessary didactic means and premises, as well as sports grounds. “Pupils in this school used to attend collective classes with children of different age. This problem has been ultimately tackled with the construction of the new school building,” Durres Mayor said.

Work continues apace at the site where nine new residential buildings are being built in Manze, Durres, to house local families that became homeless in the tragic earthquake night. Prime Minister Edi Rama today toured the site where 224 apartment units are being built organized according the social concept of new residential neighborhoods currently being built under the ongoing Reconstruction Programme in the quake-affected areas across the country.

“It is one of the construction sites where work kicked off later than in other sites, but the work is in full swing. A total of 224 housing units are being built for the affected households in Manze. Entire underground infrastructure has been already built, which includes also 193 parking places. The new residential complex resembles to other residential neighborhoods being built in Thumane, Laç, “May 5” neighborhood and Kombinat in Tirana, where modern architecture concepts and designs are being implemented, as well as in terms of the social composition,” Reconstruction Minister said.

The new neighborhood will also house a social centre, as well as a kindergarten for the children of the families that will build their lives in this residential complex. “The entire construction work is scheduled to complete by end of this year and the quake-affected families will move into their new homes by January 1, 2022. The families will benefit housing for free,” Ahmetaj added.

“We also plan to build social houses in this very site besides the housing units for the quake-affected households. We plan to build a certain number of apartment buildings for the young couples in need for housing,” Durres Mayor Emiriana Sako said.

Durres is one of the worst hit areas by the devastating earthquake and where the reconstruction sites have been launched with intense construction work underway not only in Manze, but also in many other sites to accommodate the families that lost their homes.