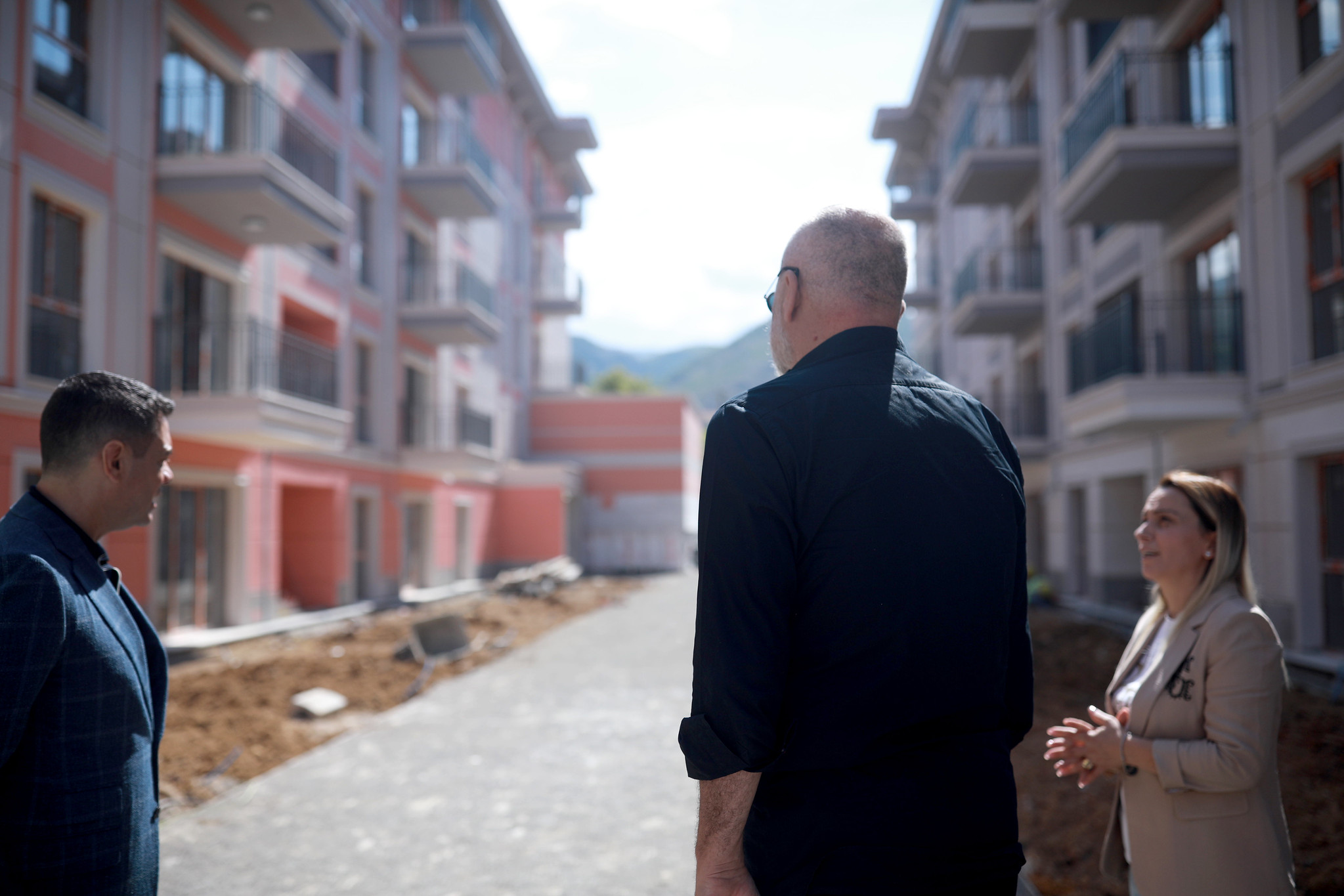 Post-earthquake reconstruction process continues in most of the town of Laç that was hit hard by the devastating earthquake almost two years ago. Work is full steam ahead in several construction sites and construction of new homes and service units is heading towards completion.

Prime Minister Edi Rama today visited Laç, where he inspected the impressive sites for construction of a series of important projects, including the new City Council building.

“I am confident that construction of the municipal building will complete by end of this year. In addition to the City Council offices, the building will also house other institutions tasked with delivering public services. The building is really modern,” the Minister of State for Reconstruction Arben Ahmetaj said.

Construction of the residential buildings is about to complete and work is now underway to rehabilitate the communal premises and the green spaces.

“Construction of all apartment buildings is almost complete. The work is now underway to requalify the urban infrastructure of the new residential complex, including rehabilitation of the neighbourhood’s main square. The project includes construction of a playground and recreational park, green spaces and communal areas,” Mayor Care said.

As far as the apartments distribution is concerned, the Minister of State for Reconstruction Ahmetaj explained that the process will take place by lot, acting in accordance with the law and giving priority to the households of certain categories. “The distribution of apartments for the families will be carried out by lot, giving priority to the families being treated with social welfare benefit, the families of policemen killed in the line of duty, and other social vulnerable categories,” Ahmetaj said.

The new single-family homes and the residential buildings will receive 24-hour water by the newly-built supply system.