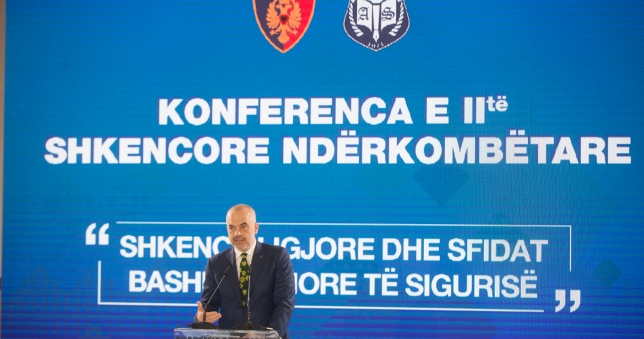 Albania is below the EU average of homicide rate per 100,000 inhabitants, said Prime Minister Edi Rama on Wednesday to the Academy of Security’s scientific conference with international participation, titled “Forensic sciences and contemporary security challenges.”

But, Albania is beyond EU average in regard to quality and constancy in fight against crime, remarked the prime minister.

The prime minister emphasized that Police must target the financial assets of the criminal gangs conveying the message that those who benefit from crime money can’t enjoy them in Albania, said PM Rama.

While evaluating purity and integrity of the police officers as a precondition for fight against crime, the head of government warned that the Vetting process in the ranks of police will begin in January.

The prime minister put the priority to modernization of the State Police with the most advanced technology that will be used in fight against crime.