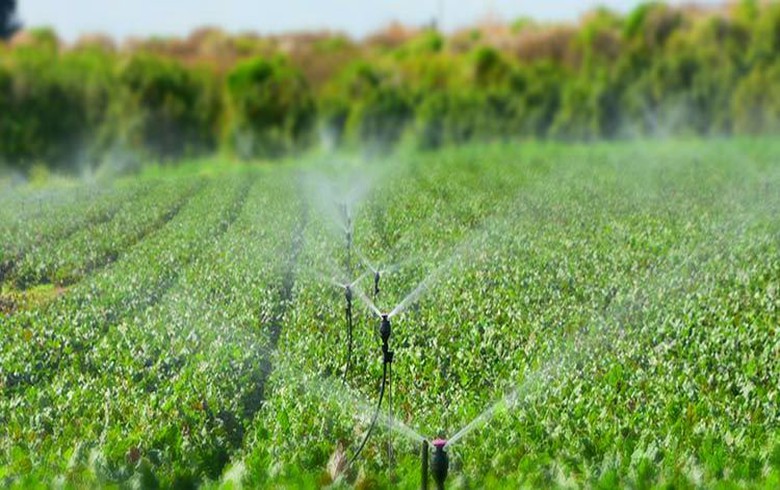 Prime Minister Edi Rama’s remarks at launch of the Instrument for Pre-accession for Agriculture and Rural Development programme, IPARD II:

Today is an important day for further progress of the agriculture, farming and rural rebirth program as a whole. I want to express my gratitude to our friends and partners in the Delegation of the European Union, who seriously helped us to finalize an agreement that was not easy at all.

The Deputy Minister mentioned some 1300 documents we had to prepare and I am reiterating this fact to underline, I believe, the most important thing on the day of the launch of this programme. The amount of EUR 50, 70, 90 or plus millions provided by the European Union may not translate into the reality of investment and development should there not be well-defined and well-designed projects.

The European Union is one of the most meaningful examples of the great and simple truth that differences between levels of development are not based on their wealth and resources, but on know-how. A country may be rich in resources, but yet economically poor. Albania is richer in water sources than every European country, yet we still face water supply shortages, and we still face midwinter flooding. This is all because for years we never knew how to build a knowledge, management system and administration of this very important natural resource. Meanwhile, Israel lacks water resources and yet it has the most exuberant water supply, a reference model for the whole world. Israel has no water resources, but it still has developed knowledge. We are abundantly rich in water but we have lacked the necessary and sufficient knowledge to do the right thing for so many years.

The IPARD II is first and foremost a matter of knowledge and all those who will apply to receive funding under this Programme should first invest in knowledge, otherwise we will see ourselves in a situation with the funding made already available, but yet not allocated due to the lack of reliable projects. One of the reasons behind the Albania’s growing exports is the growth of knowledge among a part of entrepreneurs in the countryside.

For the first time ever, Albania’s exports are valued more than $300 million, up from $150 million five years ago, which means that exports have doubled in the past five years and one of the reasons is the knowledge capacity growth. But we still lack the needed knowledge capacities to make the great leap forward and which we will be able to make through growth of these capacities, for which the EU assistance is indispensable.

Albania inherits many food safety problems, but Albania has never before implemented such effective food safety control measures as it does today. Not a single kilogram of Albanian exported food products has been banned from the EU member states due to food safety.

For the first time this year, agricultural imports to Albania declined because domestic production is step by step compensating and filling the gaps that were mostly filled by imports. This is another important data.

These measures, about which an intensive campaign to raise public awareness is needed, address a series of government’s key priorities, which are set by the Ministry of Agriculture and Rural development as the reference points. We are consolidating a new policy, a new approach towards all those who are seeking to benefit under the various funding schemes that we support only a number of export-bound agricultural varieties and products.

Along with the launch of new call for applications under the new Programme, we are working on the launch of call for applications under the National Program in order to buy time and avoid difficulties in funding allocation by launching the call before the end of the year and giving ourselves the opportunity to make all necessary selections in the first part of next year, so that entire the available funding be spent up to the last penny and there is no need to make other allocations at the end of the year.

With the IPARD II Programme and the National Programme we practically make available the largest funding ever for the agricultural sector. The funding volume is as such and it is no longer a matter of whether the funding is sufficient, but whether we will be able to absorb the whole of it in the rural economy. This is the challenge.

Let’s not forget that countries that have joined the European Union have experienced an intermediate period with very low absorption of funds. If we were to look at the absorption rate, we will “surprisingly” see that the most developed countries, Germany, France, Austria and so on have the highest absorption rate of funds. Other countries like Romania, Bulgaria, or Croatia that joint the Union later have the lowest absorption rate, although this rate is much higher today. This is not because they are stronger countries and absorb more funds, but because they know how to withdraw money from the shared EU coffers, while other countries have weaker capacities.

We face a great challenge in this aspect. Of course, the funding ratio is higher in relation to us, but it is not larger than we could be able to absorb if we are well-organized and know how to properly coordinate with the potential investors and entrepreneurs already working to transform their rural initiatives from individual and household initiatives to large industrial enterprises. This is the essence of this challenge.

Once again, expressing appreciation to the Ambassador, I’m very pleased that our first meeting in public takes place about something concrete, that is funding to support rural economic development and concrete support of the European Union to include Albania’s agriculture and rural sector for the first time in such a huge funding volume.

Thank you very much again!

I want to really wish every success to all entrepreneurs who will apply under this Programme! We will do whatever it takes to support you by sharing knowledge and join forces in order to make a great leap forward in this sector and help the agricultural exports grow even more just it is the case of other countries as a result of this Programme. Countries like Slovenia, Romania, Croatia and Bulgaria have made significant progress within a very short period of time after being included in this Programme and we will do our best to make this happen also for Albania.

The Agriculture and Rural Development programme, IPARD II, a €94 million programme co-funded by the EU and the Albanian government, was launched today. The programme will support investment projects in agriculture, farming, food sector and rural development. PM Edi Rama announced the start of IPARD II programme during an official ceremony at the Agriturismo Pema e Jetes, in Shkallnur, attended by agritourism entrepreneurs and local farmers. EU Ambassador Luigi Soreca handed over the official document to Prime Minister Edi Rama, in the presence of the Minister of Agriculture and Rural Development Niko Peleshi. Building on the successful experience in other countries in the region, IPARD II programme will cover three main areas and it includes investments in physical assets of agricultural holdings, processing and marketing of agricultural and fishery products and farm diversification and business development. The programme is designed to support farmers, agricultural union associations, food processing establishments, and small private enterprises to increase capacity, standards, boost production, and transform and modernize agricultural environment. The first call for applications under IPARD II programme are set to be launched on November 30, giving farmers and agribusinesses a two-month deadline to apply.