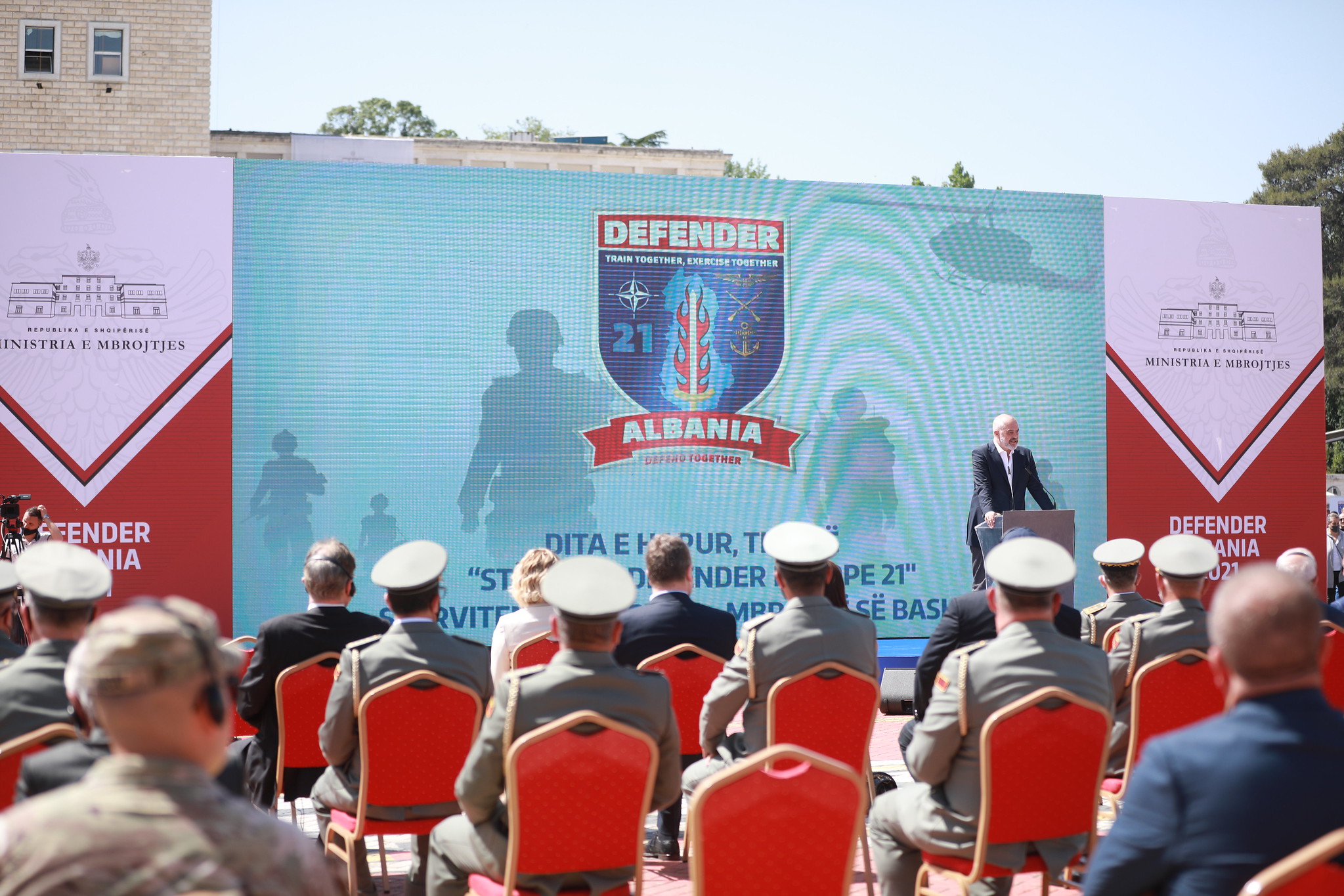 It is a special great honor and privilege to express on behalf of the government of the Republic of Albania the gratitude to all servicemen participating in this military exercise, so meaningful in terms of its size and its message.

In the meantime, I would like that in addition to and beyond the gratitude for all young men and women in uniform who are involved in this exercise and who at the same time constitute the guarantee and daily security for Albanians and Albania thanks to their commitment and sacrifice, I would also like to express my gratitude to their families who sacrifice every day and who are the first to be affected and overwhelmed often by strong emotions due to engagement of their family members with the Armed Forces, for whom not every day is that quiet and and not always safe.

Today I would also like to extend my heartfelt thanks to the representative of the U.S. government in Albania, Ambassador Yuri Kim who, through her impressive commitment, has rendered a new quality to the ties between the two countries by committing herself to the efforts to support our country’s demands and needs of our country, either in terms of further strengthening our defence capacities or the justice system.

Of course, the confidence the United States of America has continuously placed to this partnership and big strategic alliance with the tiny Albania culminates with this Defender Europe 21 military exercise, which is not by chance the largest exercise with the most significant participation of troops that the history of our region has ever seen. I would also like to point out the fact that while this showcase or this exhibition itself, as the Defence Minister called it, to allow civilian population to visit and see whole this arsenal up close, wouldn’t have happened today if it was not for the continued concrete support from the United States government for the Albanian army to steadily boost its capacities, both in terms of enhancing quality of the human resources, as well as in terms of modernization of our Armed Forces through state-of-the-art military equipment and logistics.

On the other hand, I am fully confident, also taking notice of the talks with the army generals, who honoured us with their presence at opening of this exercise, as well as the continued conversations and interaction with the U.S. Ambassador we will succeed in taking more significant steps aimed at enhancing quality of the human resources of the Armed Forces, creating this way a very attractive space and also materialize the Defence Minister’s appeal to the young people, who should see the Armed Forces as an address and a golden opportunity for their education and post-education career.

Funding a new academic capacity in view of boosting human resources within the Armed Forces and in partnership with the United States is the next goal and joint mission between the government of the Republic of Albania and the U.S. Embassy here in Albania.

I am really grateful to all of those already involved in this incredible process to transform our Armed Forces, being fully confident that this exercise won’t end in terms of its influence and impact on the Armed Forces, but it will keep influencing our servicemen both morally and psychologically.

I wish for the great Albania and U.S. friendship be eternal and, as the Ambassador stated, we keep being side by side today, tomorrow and always!​