Property titles in agriculture, an issue to get resolved, says PM Rama 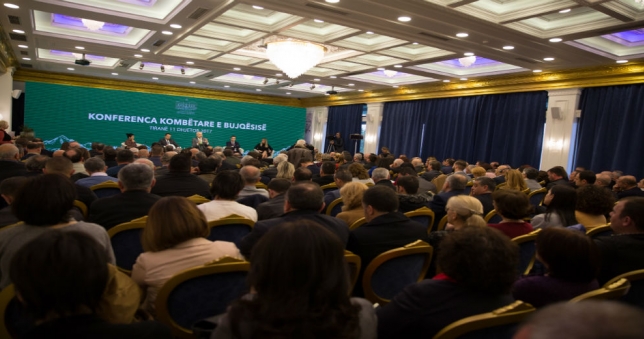 Prime Minister Edi Rama attended on Monday the proceedings of the National Conference on Agriculture.

The prime minister pledged that during the current 4-year governance mandate the issue of property titles in agriculture will get resolved definitively.

“The issue of property titles has been put on the way of solution, but now it must enter the phase of definitive resolve,” said PM Rama.

Further on, the prime minister emphasized the need of agriculture being promoted into a field that yields profits.

PM Rama emphasized that the structures into which the farmers have joined are what can yield the success we need.

The head of government said that, “We must proceed on the way we started in our first mandate. We must separate the past of charity from the future of success.”

The prime minister added that the state will subsidize only those crops that can bring about success.

PM Rama said that the state can force no one to cultivate what it wants, but the state can stimulate those crops that boost the exports and make us successful.

The prime minister drew the attention even to opportunity of EU funding of agriculture, but added that these funds can be provided only on the required standards that guarantee success.

PM Rama also spoke about involvement of the University of Agriculture in sharing their experience and that would lay the foundations of rural development of the country.

PM Rama added that the irrigation and drainage system must be completed.