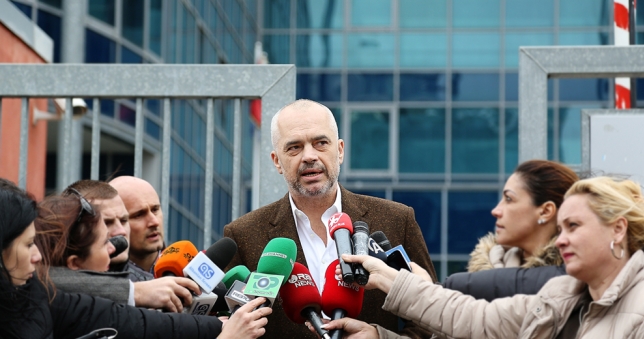 Statement by Prime Minister Edi Rama after giving testimony in the Prosecution of Crimes:

The time when the Prime Minister of Albania used to treat the Prosecutor’s Office as food for dogs finished on 23 June 2013.

I hope that the invitation to come here today is expression of the Prosecutor’s Office will to fully reveal the truth of this ugly story.

The public has been taken hostage in this history with political characters and gangsters, who act out according to a scenario that, after yesterday’s episode in parliament, has assigned the lead role of the movie to the former prime minister. However, whatever we say, these remain only words and Albanians are oversaturated with words.

Only by a thorough investigation and by finding out the legal responsibilities of whoever is accountable for, can the public but also politics be freed. I believe that this embarrassing eyesore can turn into a boon for the public and for politics, if the prosecution accomplish its task willingly and reveals the offenders who must respond legally, whoever they are. This ugly story cannot end like a movie and Albanian political life cannot go on from one movie to another.