Eternal glory to Martyr of the Nation, Saimir Hoxha! 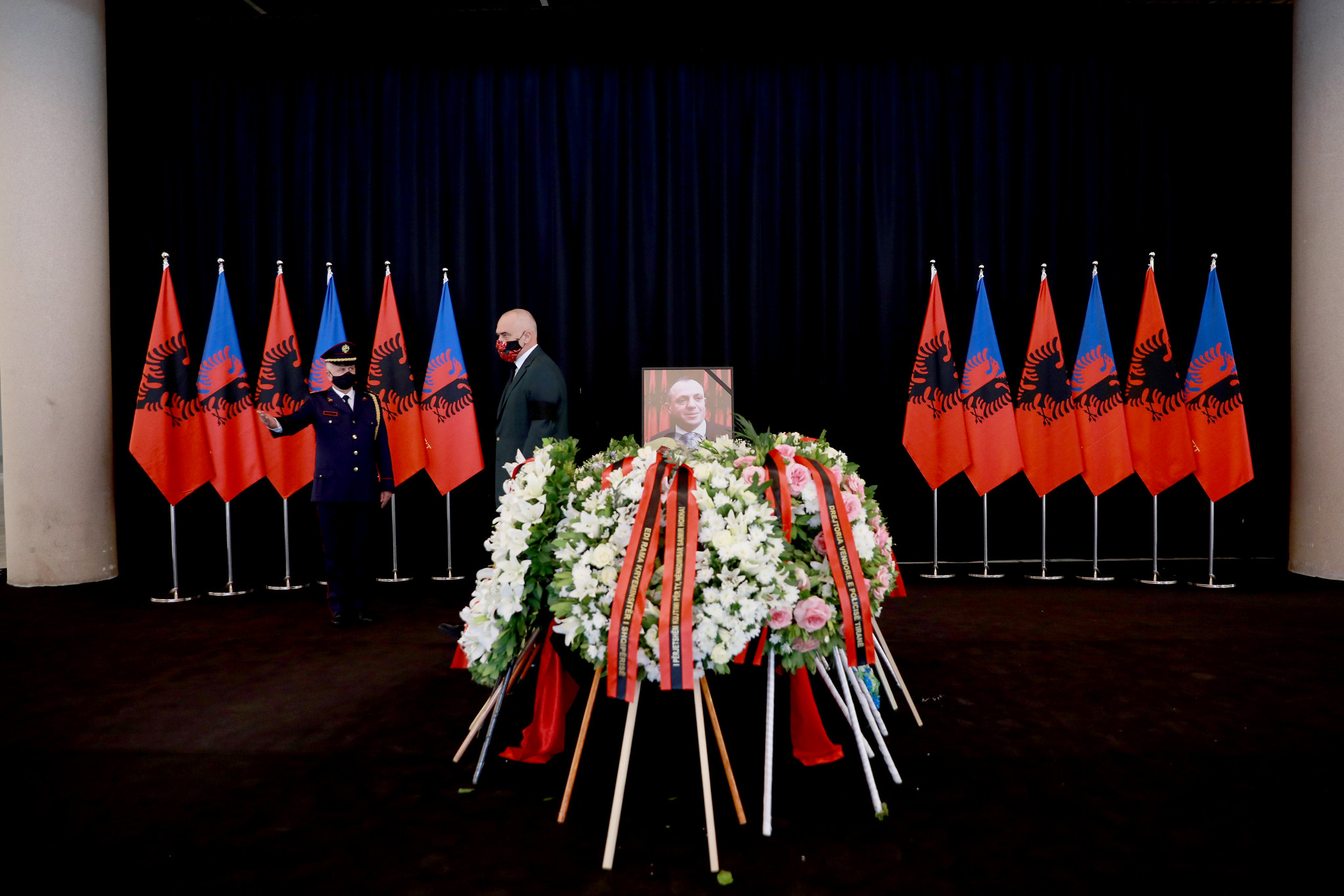 Prime Minister Edi Rama on Wednesday paid tribute to the Martyr of the Nation, the State Police Deputy Commissioner Saimir Hoxha, who was shot and killed in the line of duty.

“It is a grave moment for all State Police officers, the society and the state, but, above all, for his family. Expressing my fraternal condolences to the family, sending the most sincere condolences to all his colleagues of the latest Martyr of the Nation, as well as to every police officer, I find it appropriate to announced that the government has earmarked a significant financial support for the family and, in the meantime, once the new law on children under the care of the Republic, already forwarded to Parliament after the first meeting of the new cabinet, the children of the deceased police officer will benefit 170% of his monthly salary until they reach the age of maturity.

There could be no funds or material support that would compensate the desolation of the family, but it is up to the state and it is the responsibility of the republic that children of the martyrs, who lose their life in the line of duty, are not left alone, but feel supported and encouraged to embark on the path of life being proud not only of their parent, but also the state their father served to his last moment,” PM Rama said.

The government today Deputy Commissioner Saimir Hoxha a Martyr of the Nation and approved decision on financial support for his children and Hoxha family.