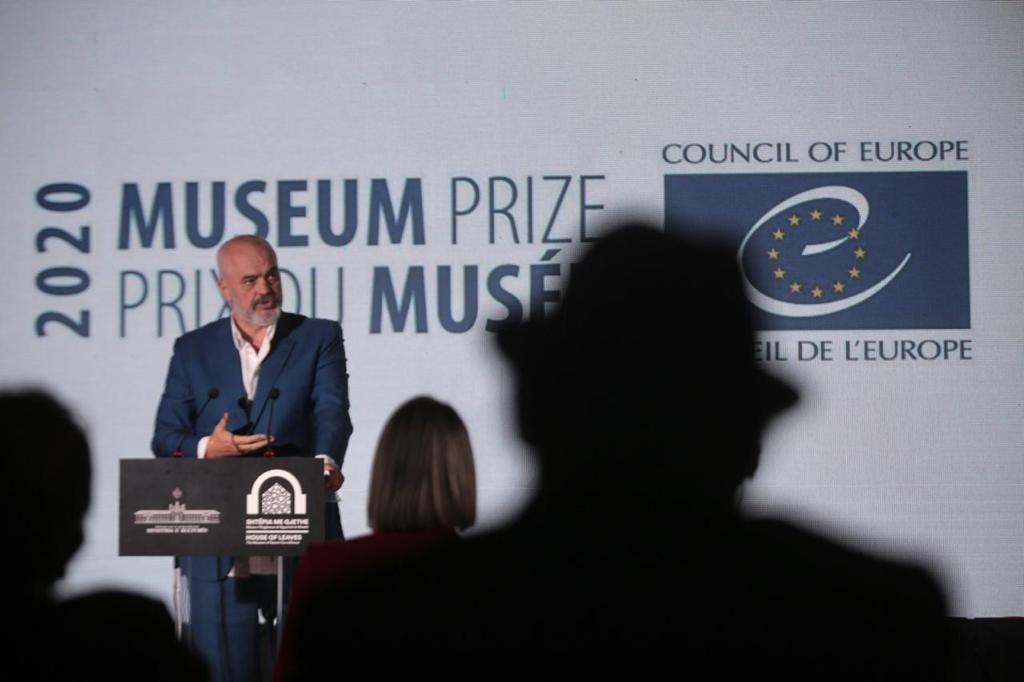 Council of Europe awards its 2020 Museum Prize to the Museum of Secret Surveillance in Tirana, known as the “House of Leaves.” Speech by Prime Minister Edi Rama at the prize awarding ceremony:

It is a pleasure to celebrate such a beautiful moment in this half-secret, half-light and half-dark backyard. I actually believe that this set design, along with the projectors, seemingly as if borrowed from the communist-era Security Service, suits it better than if such a prize awarding ceremony was to take place in Strasbourg, where this ceremony would have been held if it was not for the pandemic.

A few years ago, Poland spent a total of EUR 80 million to build a museum adjacent to the Solidarność (Solidarity) Trade Union in Gdansk shipyard, which, just like the House of Leaves, was established precisely where events worth of not forgetting by future generations had taken place. And just like the House of Leaves, that museum was awarded the Council of Europe Museum Prize in 2016, and in one that museum’s pavilions, dedicated to Pope John Paul II, is written a quote by the Holy Father: “The light of Gdansk shines and gives hope to the whole world.”

And if we were to refer to the Holy Father for an inscription for this museum, the one to best describe it, I believe it would be his quote here in Albania, in 1994, when he said: “Memory is an inevitable step towards building the future, without repeating the mistakes of the past.”

And today I am extremely pleased that this museum, though modest in size, but not modest at all in its ambition, the House of Leaves is awarded a very prestigious prize and, moreover, it is valued among a rather challenging companionship, a whole chain of other museums, built in this period all over our continent, giving us a special satisfaction for trying to turning the memory of a very gloomy time, of a period that still many want to forget, want to cover it or hide it, into a very strong reason to spend unforgettable hours and moments, precisely by touching, seeing and feeling it physically, not just through a storybook, but through items, living an experience also preserved in the walls between which the whole museum takes place.

I am glad that through this – though there was no need for – yet another answer is delivered to those who spare no word and spare no effort of inciting debates against this effort that has materialized not only in the House of Leaves, but also in Bunk’art 1 and Bunk’art 2 museums and the Authority for Information on Communist Former Police Secret Files itself, which was established by us precisely to look deeper into this grim part of our past.

A number of museums have been awarded this Council of Europe prize, which falls into the same category in terms of their controversy vis-à-vis the wrong view I just illustrated for you here. In 2018, for example, such a prize was awarded to the Sarajevo War Childhood Museum, but nobody protested and no political disputes took place about alleged efforts to glorify Slobodan Milosevic. Or in 2014, the prize was conferred to a museum in Trabzon, Turkey, which is dedicated to the Ottoman-era art, yet nobody claimed that the Council of Europe was inciting nostalgia about the Ottoman Empire.

Many more examples can be provided before we can illustrate another very significant example, which should indeed be enough for everyone to hold their tongue when it comes to the indispensability of an approach to this entire remembrance in all possible ways, with one of them, probably the most efficient one, being the culture. After all, that era is part of our history, but it is also an integral part of our culture.

That era has influenced our culture as humans and as a society in all its forms of expression that have altered and deformed our way of seeing things. These forms of expression have equally influenced our way of communicating, even today, but this is a completely different topic that has nothing to do with the guilt of discovery, but with the sins of that regime and the discovery of which in the eyes of next generations is not a fault, but, rather, it is a duty.

I would like to provide two examples that, I believe, complement each other. The first features a young man, not very young indeed, but a man born in 1990, who after visiting the Bunk’Art for the first time – just imagine how many years it took for him and he was no longer a child or a teenager – he started to believe everything he had heard about communism. It was for the first time when he started to believe that all those horrors and terror he had been told about, or were even hyperbolized if you will, had to do with the truth. I was stunned and speechless about it, because I had never thought that  the testimonies narrated through books, through televisions or through words of mouth, had failed to create not only in him, but also his peers the feeling about such a serious truth.

I believe it is the memory’s physical impact, it is the tangible feeling of these walls, the items, the atmosphere, the smell that speaks much more effectively to someone who did not live that time, to someone who was born later, or to someone who at lived elsewhere back then. I believe this is equally effective for Germans in the West Germany or Westerners visiting Berlin, the Checkpoint Charlie museum, where through the same path is made visible, tangible, and present to the people what has been the life of others in a time when they did not live, or when they lived another life.

The other example is that of the foreigners. I have met two of the people who have visited this museum and they are not ordinary people. One is Prince Albert of Monaco and the other is the ex-president of France Nicolas Sarkozy. Both, as soon as they walked out of this museum, had a completely different understanding of Albania. I say this because I have met both before they entered and after they walked out of this house. Not only that, but I remember Mirela asking Prince Albert at the hall or the room where the investigators’ table is placed today.

Their impressions went beyond the merely impressions about a museum, although they highly evaluated the museum, but their impression went far beyond impressions about a museum. Such impressions further influenced their understanding of this country, their way of understanding so many “whys” totally incomprehensible to those who don’t know the history of this country, the differences between this country and other former communist nations, the huge differences in terms of the level of brutality, regress and isolation, in terms of the creepy capacity of that regime to take to the extreme the ubiquitous instruments of censorship or torture throughout the ex-communist empire.

The hesitation to face this bygone age simply means to further delay liberation from it, while moving towards this past by discovering it and possibly finding forms of how it can be revealed in all its dimensions to those who don’t know it means to accelerate liberation from the past and cure the inherited diseases of that time. Communism does not end when it ends. Communism does not end when the regime falls. Communism is very similar to a nuclear disaster, which has two stages. It has an initial terrible phase when it happens and it also includes another slower phase, when it appears step by step in the shape of deformations that are caused as a result of the first phase of the disaster, which is the explosion and out of control of all deforming elements that are invisible in the air, but make an entire space uninhabitable for plants, animals, humans and affect their formations by deforming them, transforming them, subjecting them to a complication that comes as a result of an external factor.

Here are some of our friend ambassadors who are forced, it is part of their job description to get into this dispute of ours and who rightly fail to understand or never, perhaps, manage to realize how it’s possible. In fact, it is an inherited disease. We lived in the time of the House of Leaves, when it was all covered with leaves, not like today, half-discovered, when the leaves are preserved as a decorative element. And in fact, we have lived without the right to object and we are not used to object civilly. No one has learned how to oppose civilly and how to coexist with opposites. The opposites have all been hostile and when they were secret, they were secret because they were forbidden. When they were open, they were short-lived because they were condemned.

For all these reasons and for many others, which is not the place and I am not the right man to elaborate on, the House of Leaves is one of the best things I believe we have been able to do.

Many people were rightly thanked during this ceremony.

It is not that Mirela was not praised, but I would like thank Mirela in particular, because it was her perseverance and insistence as well her capability to supervise people, as well as a special capacity she inherits thanks to her origin,  to build a beautiful museum but at low cost and that’s because Mirela is from Gjirokastra, of course.

All these properties combined have led to a brilliant work in building this museum, as it brings together incompatible things, where we mentioned same names. Consider these names one by one. I do not know who else and in what other circumstances could have brought them together, certainly making the best use of the subject that unified all those names. But precisely because it is a hereditary disease, the disease of inability to live civilly with the opposite, and those names have come together for this museum only and have been at peace with each other only during the time they worked on the museum project. Before and after this phase, you will find contradictions that should also be housed in a museum, but it may happen at a different time.

Thank you very much!​

Round of conversations with citizens in Elbasan
read more 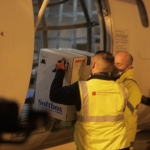 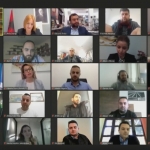 Round of conversations with citizens in Elbasan 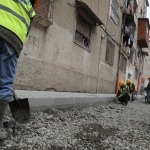 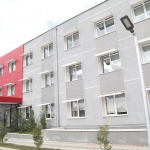 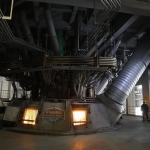 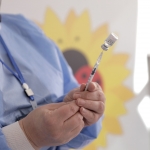 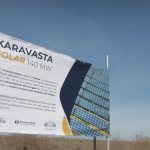 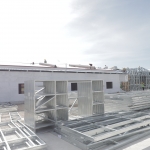