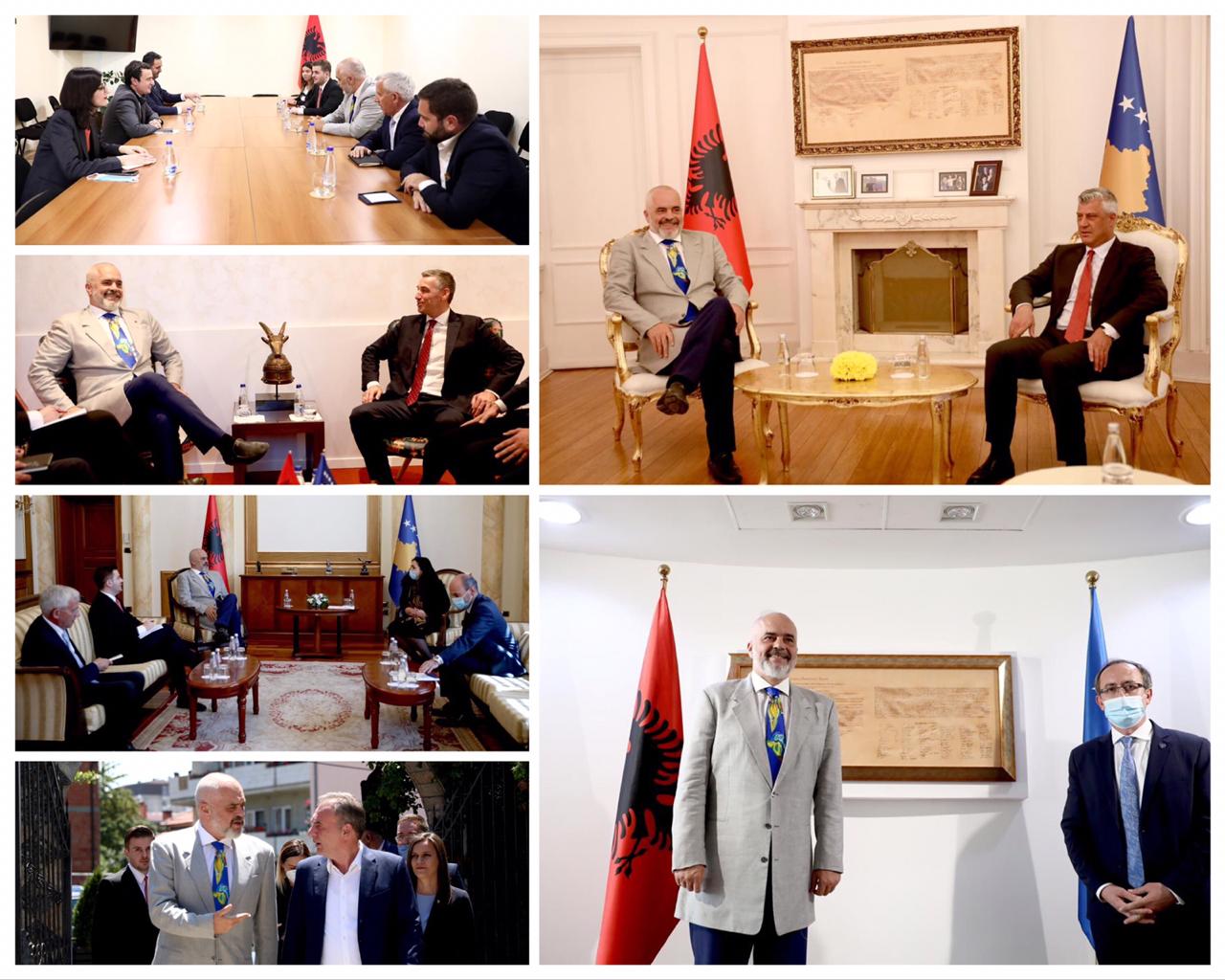 Prime Minister Edi Rama is on a two-day official visit to Kosovo starting today midday to hold a series of official meetings.

“In Pristina to listen and learn more following the special big-character poster that will go down as a shameful stain of 21st century in history of world justice, which has known recognized the practice of public prosecution without legal indictment only in the era of ideological rule or before them,” Prime Minister Rama wrote on social media as soon as he arrived in the capital of Kosovo.

The agenda of the Prime Minister’s two-day visit to Pristina includes meetings with top state officials and political leaders in the country.

On the first day of his visit, PM Rama was received in separate meetings by Kosovo President Hashim Thaçi at the President’s office, Prime Minister Avdullah Hoti at the seat of Kosovo government, Assembly Speaker, Vjosa Osmani, the leader of the Social-Democratic Initiative Fatmir Limaj at his party headquarters, the head of the Self-Determination (Vetëvendosje) Movement, Albin Kurti at the headquarters of this Movement.

During this visit, PM Rama is accompanied by the acting Minister for Europe and Foreign Affairs, Gent Cakaj, and Albania’s Ambassador to Kosovo, Qemal Minxhozi.

PM Rama is set to hold other official meetings in Pristina on the second day of his visit.