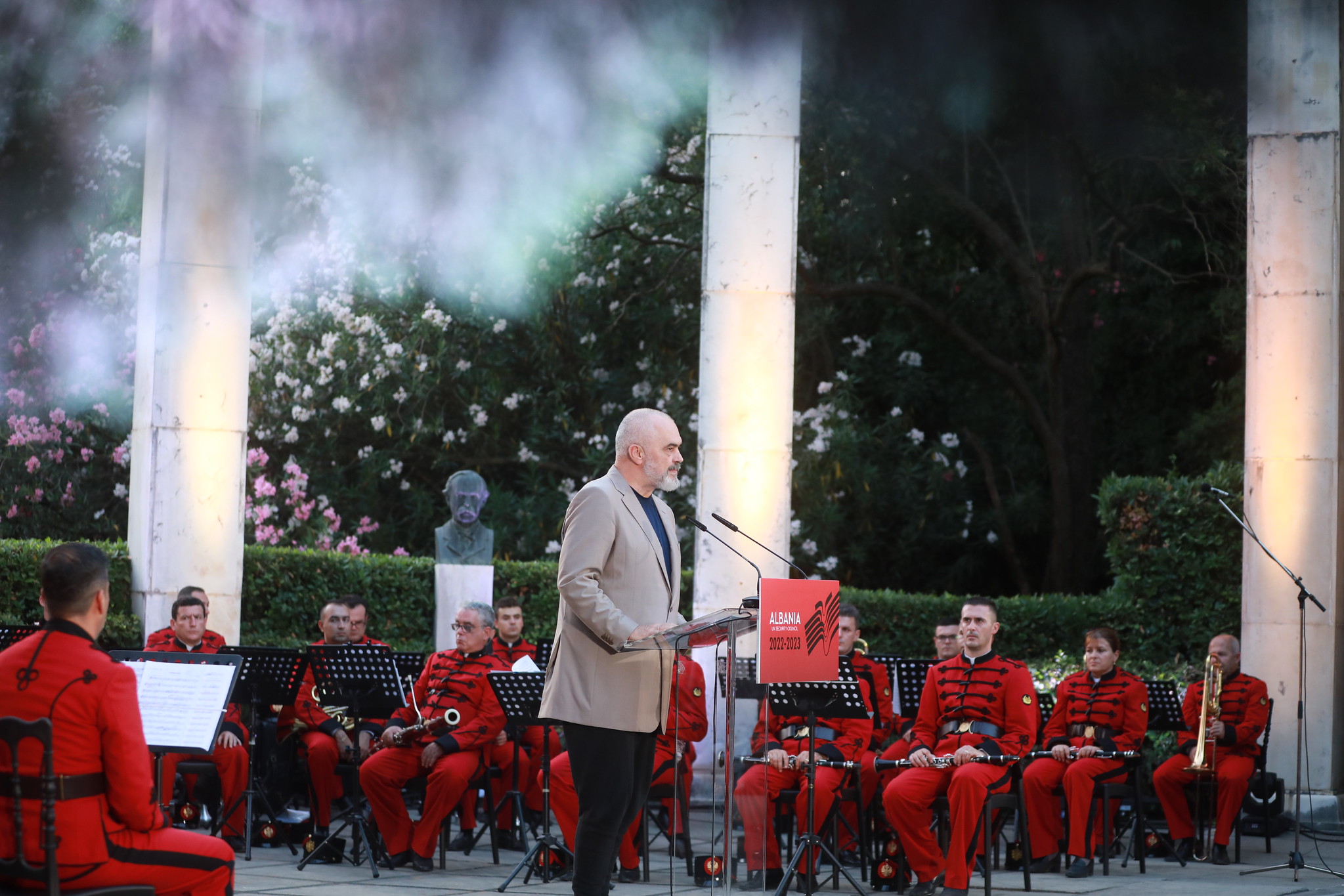 Albania’s election for first time as temporary member of the United Nations Security Council is definitely not only a huge success, the greatest in terms of the size of impact on history of the Albanian diplomacy, but also a useful reason to realize that despite our country’s modes size in every respect, Albania can and should do a lot more for itself and others, and our region in particular.

Earning trust of 175 nations from 129 required votes was the most significant part of UN General Assembly vote on Albania’s candidacy on June 11, as well as the unanimous support for Albania by all Eastern European States group.

Albania’s achievement is also a very significant achievement for the Western Balkans, which has been sitting at the world’s highest decision-making table only once in the history of that table.

After the OSCE’s Chairmanship, where we were positively assessed and left a very good impression for the sake of truth, I would say that joining the UN Security Council reconfirms a new standard of credibility, maturity, as well as a standard of international respect for Albania.

I would like to thank and express my gratitude and respect to all the states that supported our country in this station, where nothing was for sure and about which we worked, believed and beautifully presented Albania’s candidacy in front of the world gathered under the United Nations’ big umbrella, our diplomats and policymakers, whom I appreciate respectfully too. This is a learning lesson to dare more, believe more and work hard so that Albania faster becomes what it will certainly become, with or without us all. It is exactly our challenge and commitment to make it happen on a closer day and I, alongside with the re-elected ruling majority, will primarily experience this challenge as the main reason for us to wake up earlier and go to sleep later; to engage more and move forward faster; to enjoy, believe and putting all our strength to work so that the decade we are in becomes the decade when we reach for new heights with the sun shining not only for some, but for all Albanians.

Putting mildly, we are living through difficult times, which worsened and became tougher for us Albanians here in Albania especially in the wake of the devastating earthquake that preceded the global pandemic, with Albania too having to deal with frontal aggression by the deadly virus. The way succeeded in coping with these two tragic and totally unpredictable events I think it is another encouraging lesson about what we can accomplish by being more daring, by working harder, believing a lot more and making best out of ourselves.

The earthquake will not just remain a memory of the past for many families that lost their homes, but also a strong impetus to cope with the challenges lying ahead of us.

The pandemic was literally quite an ordeal for us, but it showed that Albania can go up and rank among those distinguished for better.

It is neither an earthquake, nor a pandemic, but the today’s EU politics is also not a restless sea to navigate. And therefore it is not the best of times for our path towards the European Union. I was reprimanded by a clear mind that had listened to my remarks at one of those European meetings.

I was told that the very values you call European whenever talking about the EU are not exclusively the values of the European Union, but they are universal values, which the EU itself is trying to represent just like other democracies, including Albania, are doing. But it is not only Albania or the Balkans, but also the EU itself sometimes fails to live up to those values.

This is best true indeed, because if the universal values were not to be a constant challenge to the European Union itself, Kosovo wouldn’t have been hindered in terms of the free movement, Albania and North Macedonia wouldn’t have been still waiting for an intergovernmental conference date on Zoom conferences.

The Balkans themselves wouldn’t have been excluded by the European Union also about the vaccines against death, although physically living surrounded by the EU borders. However, this is by no means to deny that it is much better to be surrounded by the borders of the EU rather than being surrounded by the barbed wire inside which this country was isolated when it joined the United Nations in 1955 and it took almost three decades after getting out of isolation to already see in ourselves the ability to be on par with others at important international talks, debates and roundtables.

Albania is now not only more self-confidently engaging in the international arena, but most importantly it is seen as such, a tiny country, not a rich one, a country going through its own problems and challenges, but a country that knows what it says and knows what it does when it comes to the foreign policy.

Our country won’t join the Security Council just to take a seat, but will present an agenda of priorities that reflect some values, as well as some challenges facing modern Albania.

First, Albania will focus on issues promoting gender equality at top decision-making positions as a country having the right not just to speak out the word, because everyone has the right to speak out the word, but because it is one of the top ten countries in the United Nations’ global ranking in terms of gender equality in the government. And not only in the government, but also in lower positions, Albania has demonstrated through the power of example that it has both courage and confidence to include girls and women in the decision making process.

In the meantime, we are convinced, and we are not alone in this conviction, neither at the Security Council, nor in the world we live in, on the contrary, we are together with others who have led through power of example, since women and girls are essential to peace and security and investment in women and girls is one of the safest long term investment in a lasting peace in our societies.

Of course, the Security Council has an agenda, an agenda of the United Nations for women, peace and security. We will support in every case and with all our might the full, equal and significant women participation in the peacebuilding and peacekeeping efforts.

Furthermore, we are obliged to commit ourselves to defending human rights and the international right as a country with a history and we join the Security Council as a country from a region, whose history has taught more than once that the human rights and the international rights are the inevitable pillars of the platform that builds better societies and the human rights protection, without any discrimination, definitely also promotes stronger cooperation among nations, consequently, more lasting peace and more guaranteed development.

On the other hand, certainly Albania not just right like everyone else, since everyone has a right, but it should be heard when it comes to the religious tolerance and harmony between different religions, which for us represents the foundation of peace, but also the foundation of our unconditional support in the fight against terrorism and all forms of fundamentalism. We certainly are in the right position to strongly defend the idea that any form, and even worse, any new and sophisticated form of relativism and antisemitism, or any other form of discrimination of Muslims are totally unacceptable and they pose a threat to the stability of our democracies, as well as to the world we have chosen to live in and risk leading to experiences that humanity should by no means repeat.

Of course, joining the Security Council doesn’t mean we have something more than others or we have a special experience to share with others regarding the abovementioned priorities, but we fully support the efforts for the environmental security and the efforts against climate changes. Albania has already announced at the United Nations forums that it will strongly commit alongside other nations to safeguard an inseparable link between climate and security as a broader concept. An integrated approach to health, involving humans, involving the environment, involving all other living beings and preventing further destruction of ecosystems, is a great, solemn, global commitment and in this, we have no other role to play but support any sort of these initiatives.

I am very proud that our country joins the Security Council as a country with a very clear physiognomy in the international arena, as a strategic and unwavering ally of the United States and the European Union, and as a country being granted the opportunity to experience the incredible honour of being part of that very special table, and leave it respectfully after gaining more credibility and more friendships.