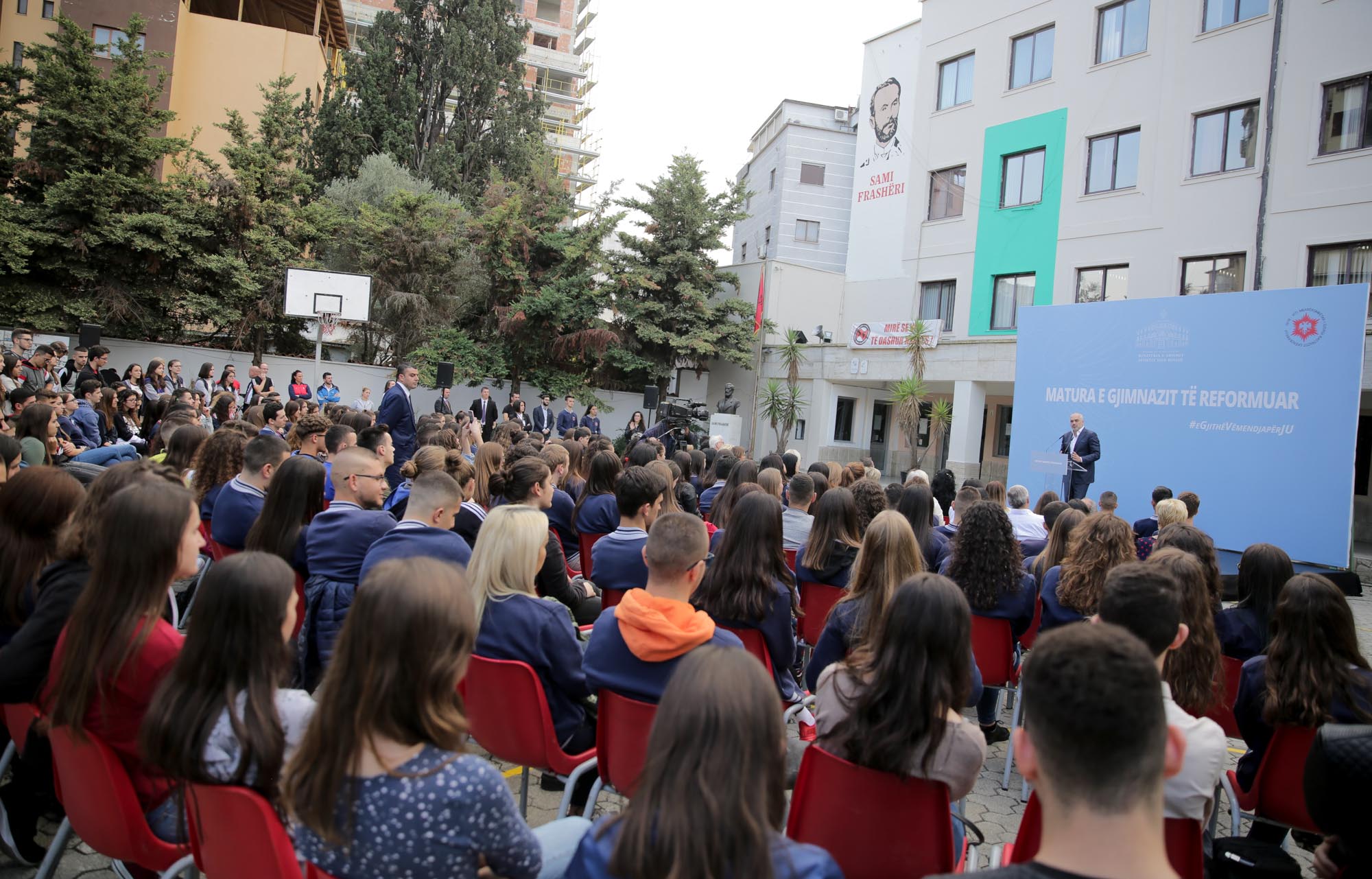 First of all, I’m very happy about the truths that have already turned out to be facts and are today part of our education system’s reality at a time when few had imagined that these facts can ever be accomplished. While many used to believe that it is not worth of trying to accomplish things in Albania as things will not change and go always the same way.

The today’s school and education system as a whole, not only is quite different from it what used to be, but it has also embarked on a new path. It is a long path that will take time to pave and become solid, but is unquestionably a new path.

I don’t know whether our education system includes teachers like the one who once became a social networks hit, asking the students “who the Frasheri brothers were?” answering at the same time that they “Sami Frasheri and Ismail Qemali.” Or another teacher telling the students, “In 1912, Ismail Kadare raised the flag of independence in Vlora”. Or worse, another teacher who taught students that “Ismail Kadare raised the independence flag in Vlora in 1912.”

I don’t know whether there are still teachers of this kind, but I do know that more than 5000 unqualified teachers without a degree in education were working in the country’s education system few years ago.

Today, the number of teachers without a degree in education is very low and they work mostly in the country’s remote areas, where teachers are forced to teach several subjects due to the existence of collective classrooms, which still pose a serious challenge.

I am very happy we succeeded in eliminating a mountain of wrong textbooks – to summarize in a single word the whole array of the epithets that could be used to describe them – that weighed on the back of the students and that reversed their future backward. Thousands of miscellaneous, badly copied and poorly translated textbooks have now been replaced by Oxford, Cambridge, Pearson textbooks, which are our students’ choice and provide them the opportunity to be taught like their peers in the developed European countries.

I am also very pleased that we succeeded to bring the Albanian language to the place it very much deserves. We were the Europe’s only country, where the mother tongue merged with literature and the Albanian language was removed from its deserved place of honour on the educational journey. It is not absolutely a coincidence, quite the contrary, but the result of this ill-treatment of the mother tongue that we see serious consequences today, as it is difficult and almost absolutely impossible to find a text written without spelling mistakes either in the media or in the official communication among various institutions of the public administration.

I am also very glad that we finally addressed an inherited problem thanks to the close collaboration with a group of teachers and students who forwarded “the three subjects taught in six classes during a school day.” It is the simplest thing in the world when we see it today, but a solution that everyone, local experts, international experts, workgroups, commissions failed to find for over 20 years, but it was easily tackled via our Co-Governance Platform.

But what is more important in terms of moving forward into the future of the new path of Albanian education is the fact that it does no longer matter at all what your parents’ social position is, what party your parents vote for, what is the wealth of your parents. It is solely one thing that matters and that is the level of your knowledge to earn what you want on the path towards university.

We have done what one could not imagine it can be done in this country; giving merit a stationary honorary place on the journey to the university. That is to say, no privileged child, whose father may serve as prime minister, minister, or a wealthy businessman, cannot even outdo even the child of a shepherd in the most remote and mountainous area of Albania if the child the latter scores better in the final exams. It’s very simple. The system is now completely digitized, the score and ranking system is completely transparent and based on “what you know” and not “who you are”.

In this aspect, I believe it is quite significant the fact that should what I am saying was not true then we would have received endless complaints and denunciations, but this is 100%. Everybody earns what he deserves.

The Faculty of Medicine is no longer granted to the most advantaged and privileged ones only. The same goes for other faculties which were granted to the wealthiest ones only as they could afford paying more and it was granted to the powerful ones as they could exert their political influence. This is no longer the case. The electronic platform is on the knowledge and score system-based only. The electronic platform knows no names and family names, but just codes and the respective score at the exam.

Apart from everything you are in the last year of high school. The school principal expressed gratitude for what we have done for the school, but, to put it clear, we have done nothing for your school. I have painted the school building when serving as Tirana Mayor. The new colours are not the right ones. If you need an artistic advice, I am ready to provide it, but apart from that, I have done nothing for this school. Indeed, I deserve the credit for reconstructing the school and its labs.

I want each and every one of you to know something. On our online Co-Governance Platform “The Albania We Want”, we have launched a special section “My School”. That section offers enough room for every individual, group of students, parents and teachers to launch an extracurricular initiative that needs our support, including financial assistance and support too. I mean scientific, ecologic, cultural and artistic initiatives and a broader scope of students-related fields. Should every one of you take the trouble to launch an idea, or a simple project on holding a festival, or building and enriching the school’s library we are there to help and support you.

If you are willing to develop such ideas and projects I will personally be there to help you and also appreciate and congratulate you if such initiatives turn out to be successful ones. 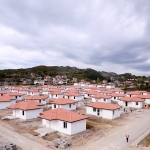 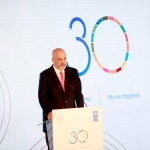