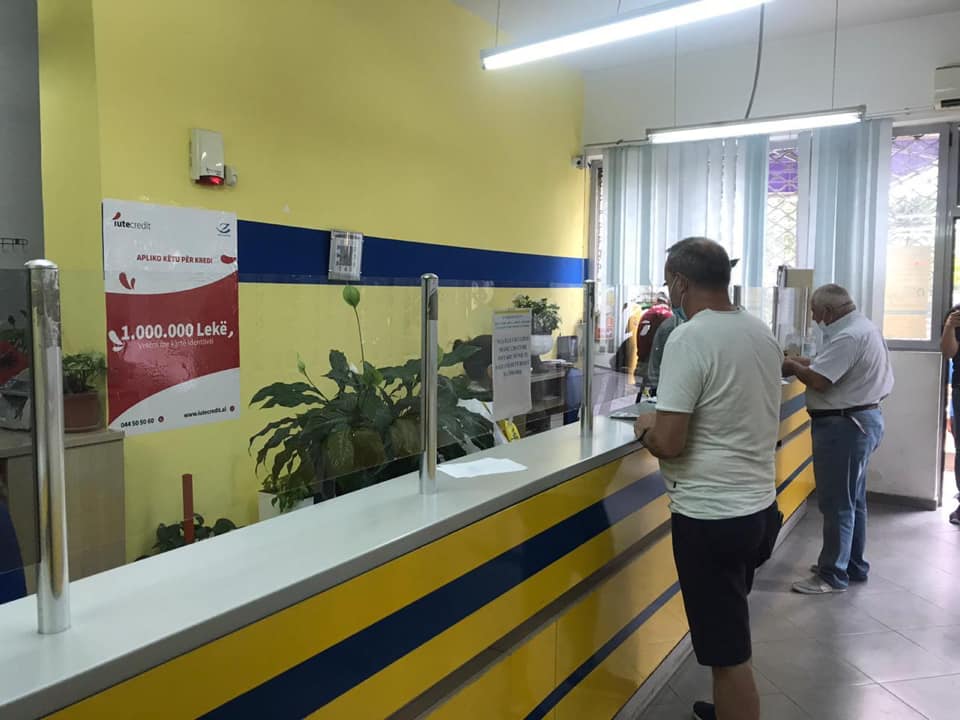 The distribution process of the government’s compensation grants for the families affected by the November 26 earthquake continues. The distribution of the grants started today to assist the quake-affected households in Mirdite and Kavaje, with the quake-affected citizens withdrawing respective cash amount at the Post of Albania offices, as part of the post-earthquake recovery and reconstruction program launched by Albanian government.

Prime Minister Edi Rama and the Minister of State for Reconstruction Arben Ahmetaj followed online the process of grants distribution, as well as the contracts signing process in the two municipalities of Mirdite and Kavaje. Providing a detailed outline on the situation, the mayors of Kavaje and Mirdita informed that a total of 1208 quake-affected households in Kavaje and 177 more families in Mirdita are eligible to benefit direct payment in compensation for the repair of the damaged houses.

In his remarks, PM Edi Rama said that the process of distribution of the grants continues for a total of 20.087 families that benefit support for repair and rebuilding of their quake-damaged houses according to the lists already approved by the city councils. Thanking mayors and other local government authorities for their work in this process, PM Rama invited Vice Mayor of Mirdite and the Mayor of Kavaje to outline the process in their respective municipalities.

“The process of distributing cash compensation continues for the families eligible to the funding for restoration of their houses according to the lists approved by the city councils. The number of benefiting families has currently reached to 20.087. Meanwhile, the grant allocated by the state budget to support repair and restoration of the houses that have sustained DS1, DS2 and DS3, which are considered repairable damages, is estimated at around 7.6 billion lek or 76 million dollars. The distribution of the grants started today in the municipalities of Mirdite and Kavaje,” the Premier said.

Vice Mayor of Mirdite, Marie Nikolli informed that houses of 177 families have sustained DS4 and DS5 damage level and that the fund allocated to this municipality is estimated around 30 million lek.

“The process of signing the contracts with the benefiting families is underway in Mirdite too. Affected families are already withdrawing the compensation grant at the local postal service office. As you might see via the live images, the process of signing the contracts and withdrawing the due grant continues. The value of the fund allocated for the municipality of Mirdite totals 29, 820 million lek. The total number of families eligible to the grants is 177, of which 121 with DS1 damage level, 31 with DS2 damage and 25 with  DS3. A total of 72 contracts have been signed to date. The benefiting families have so far withdrawn around 5,4 million lek. A solution through direct authorization of the family members will be applied when it comes to a certain number of applicants and beneficiaries who are currently abroad, so that they benefit the compensation grants. A total of 118 families will benefit compensation to cover repair costs for DS4 and DS5 damage level. Likewise, families in two apartment buildings are also eligible for grants to support repair of DS4 damages. Two development sites have been selected to host construction of new houses in the Municipality of Mirdite. The first development site covers an area of 36, 500 square meters and it will host construction of 32 individual homes and one apartment building. The second site will host an apartment building. Around 70 families from the remote rural areas of the municipality of Mirdita have expressed readiness to move into this new neighbourhood. The regional urban planning office has made available whole required information. So far, the planning documents, the network of the engineering structure, the land use plan, the layout of the facilities have been designed. Regarding the development site 2, construction of two apartment buildings is planned. As to the reconstruction grants, contracts are being signed and the process is expected to complete within week,” Miredite Vice Mayor said.

On his part, Kavaje Mayor said that process of contract goes on since last Friday. “Distribution of the grants continues in two postal service offices in Kavaje. The process will then go on with the distribution of the benefiting families in four other administrative units. 331 families are eligible for grants to cover restoration costs for DS1 damage level; 420 households will benefit compensation for DS2 damage level and 457 other families will be granted compensation for DS3 damage level. The fund earmarked for the municipality of Kavaje is estimated 3.666 billion lek. 133 individual homes and seven apartment buildings are slated to be constructed in the municipality of Kavaje. He said that reconstruction program included also construction of two new schools, a dormitory and repair of nine other school buildings in the area. The process continues normally. Some 208 contracts have been signed as of today morning. All benefiting families have been notified and they are appearing according to a certain schedule to withdraw grant so that we can avoid large gatherings in order to prevent the spread of COVID-19. We welcome everyone and the contract is signed immediately with every beneficiary.”

On his part, the Minister of State for Reconstruction Arben Ahmetaj said that the number of the families due to receive compensation grants could grow to around 24,000 in 11 municipalities, while the state budget fund for compensation is estimated at around 83 to 85 million dollars. He also said that construction or the tender procedures for 143 new school buildings are already underway. As to the construction of individual homes, Ahmetaj informed that Albanian Development Fund is expected to start work to construct an initial group of 668 houses next week. “This is a promise kept. Families will all benefit cash grants under this program.”