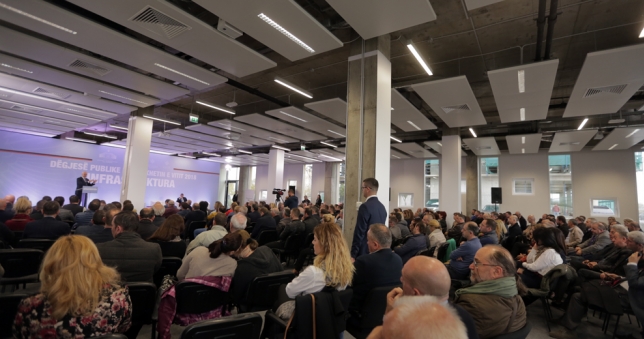 In the next four years, the roads of Albania will guarantee safety and threaten no one’s life. Infrastructure investment is exactly one of the govt. priorities reflected in the 2018 budget.

PM Edi Rama held Wednesday a consultative meeting with the groups of interest, companies and entrepreneurship with main emphasis on the 2018 budget for road modernization.

Our ambition is to deliver wider benefits to road network, such as guaranteeing mobility and safety for all. The budget for infrastructure is 42 percent higher, which is not insignificant, though insufficient to foresee the change we aspire within a certain period of time, yet adequate to fund the right projects and if everything is on the right track, major steps will be taken forward,” PM Rama said.

We will make it big, be it through the budget, or through the 1 bn programme for reconstruction dedicated to modernization and transformation of the national axes

PM Rama pointed out that the govt. in place will adopt a more aggressive approach to layout of the contracts leaving no room for fraud.
The planning has been flawed, the designs and contracts either, in the end the product falls far short of the standards, Rama said referring to the so far investments on the road axes and shortcomings in the projects.

Prime Minister Edi Rama has focused on a number of concrete projects, including the completion of Korça-Erseka road. “We will put a several- year dead end to rest after flawed competitive biddings, flawed contracts on two bypasses of Fier and Vlora which have been definitely put on the right track.

With regard to Arbri road, we are close to finalizing the contract and kicking off the work on the site.
Rama added that there are 10 important segments which will be funded by 2018 budget. We will push ahead with the project of Tirana’s big bypass, Tepelena bypass, Korça-Erseka road and others.