PM Rama’s full address at EU-Western Balkans Summit: It is what it is 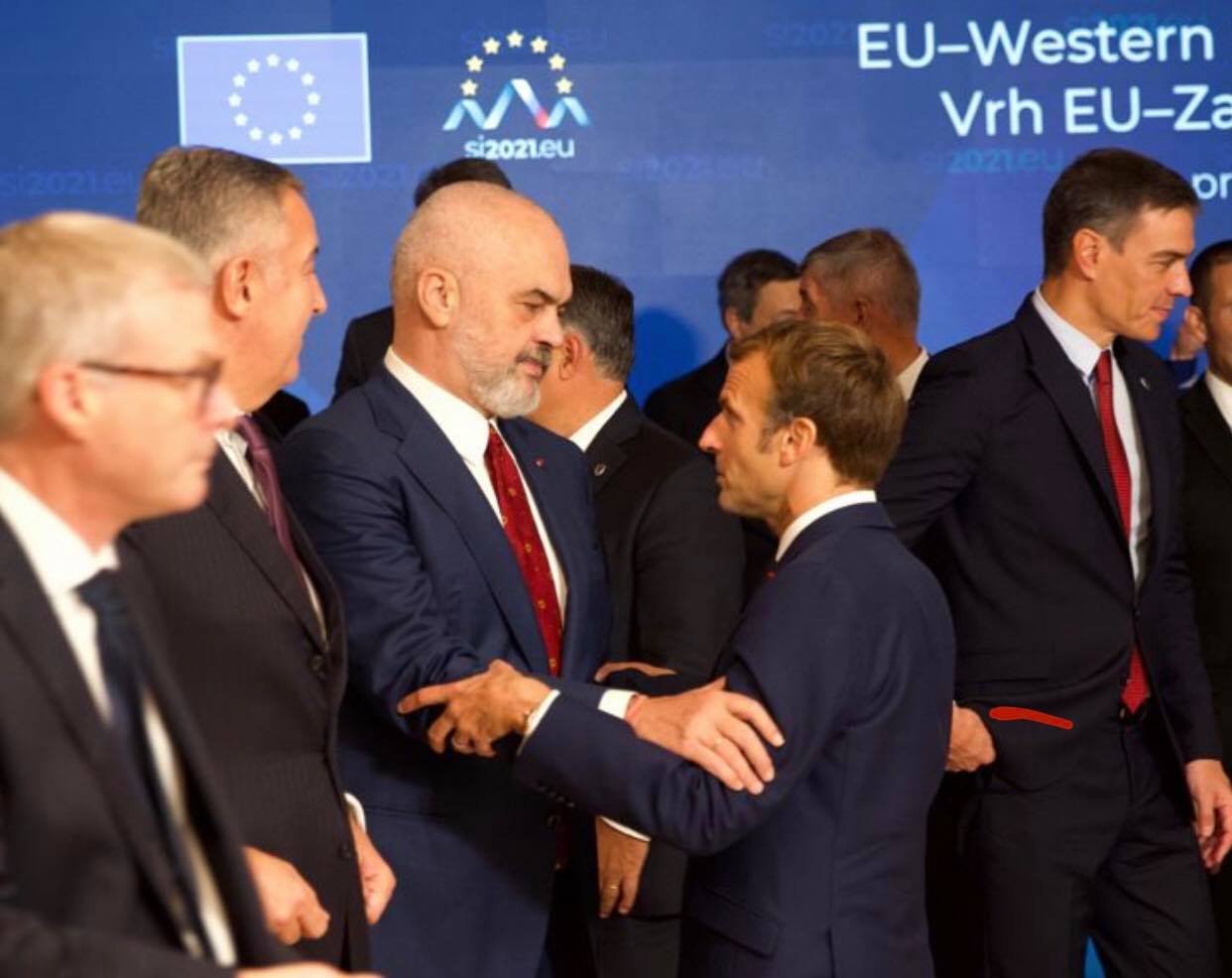 IT IS WHAT IT IS

Here we are together 18 years after the EU-Western Balkans Summit in Thessaloniki; this is the time it takes for a newborn to grow and attain the voting age, a full-fledged member of a political community. If we are to compare the notes between the two summits, one would fearlessly say that the time has stopped. The similarity between the words written back then and the today’s words is impressive. With one single exception. Eighteen years ago, the word “enlargement” was the resounding credo of the future. Today, the very same word has become a bashful echo of the past. Similarly, the new enlargement policy seems to echo the old restriction policy. But, “it is what it is”, as the former legendary holder of the Oval Office used to say. And I will not bother anyone here with the liturgy of grievances that you all know well.

The North Macedonia’s efforts to settle scores with its past, which is hot on its heels, in the name of a bright European future, started about 15 years ago with the EU candidate status. The country went way too far with its effort as to even change its name. Yet, this turned out to be insufficient to launch an Intergovernmental Conference with the EU even via ZOOM, towards an integration process that could take another 18 years, before full EU membership turns out as a possible happy end (which means a total of 33 years since being granted the candidate status or, in other words, the age of Jesus Christ when nailed to the cross).

I have already shared some opinions with my fellow citizens about this issue. As you might realize, this is not pretty easy. Albanians represent the most pro-European community throughout Europe as a result of a dreary past of extreme isolation from the American imperialism and Soviet Social-Imperialism. With the fall of communism, for first time in history we were able to freely choose who we would want to join with. And we unanimously chose the European Union. It is somewhat painful for Albanians to hear from Europe again and again that, yes, of course, Albania has done its homework, but still they see the EU they adore so much, unfortunately failing to keep its word. It is what it is.

We were the last country to stick to the ideals of communism even after every other country in Europe had abandoned them. We will probably be the last country to stick to the ideals of the EU even when, who knows, the last member of the Union would have stopped believing in them. I have told my fellow citizens that we should get used to your unfulfilled promises, without losing the passion, the readinessl, the horizon of Albania’s transformation into a fully functioning state, in accordance to the principles and standards of the European Union. We owe this to our children, not to Brussels, not to Berlin, not to  Paris.

Of course, it is easier said than done. Well, try just for a moment, as elected leaders you are all, how easily one can survive politically amid the surreal circumstances this long and totally unpredictable process creates – with Bulgaria’s most recent ambush marking just the latest creative twist in this movie, not the only one.

I regret to say that I am not confident that Bulgaria will be able to clear the way soon, because our Bulgarian friends seem to be caught in the fire trap they kindled to warm up voters with the flames of a glorious past. It is most probable that those voters don’t care at all that they have taken two states hostage, which, by all accounts, are innocent and totally correct regarding their homework. However, it is the EU that should care, because it is losing face in the eyes of the peoples of six Western Balkan countries. I can now only hope that this senseless blockade does not become an endless story.

However, I have to ask you:

How long does Albania still have to wait for the green light to be given in this process, which is said to be a merit-based one, but which seems after all not to be based solely on merit? But I won’t elaborate on this issue, because it is likely that just like Vladimir, who cannot be detached from Estragon in “Waiting for Godot,” neither Albania can be separated from North Macedonia in this post-factual version of European integration process.

What about, for example, 2 million Kosovo citizens still locked inside their country, years after the country has delivered on all the criteria for visa liberalization? Is it not surreal that they could travel freely outside their own country, when they were under a brutal regime which was overthrown by US and EU bombs, while today they are locked inside by their own liberators?

By the way, the EU has liberalized the visa regime for 52 million people outside the future map of the Union and not only previously, but also after the Bloc itself declared, publicly, that Kosovo has met all the technical criteria; it even met an irrelevant criterion, which was additionally required, namely the border demarcation with Montenegro. I know, I know, it is what it is.

Nevertheless, no matter how the enlargement saga will go, there are still concrete steps that can be taken to make our countries part of the EU. The EU may not be able to keep its promise of enlargement for long. But if the countries of the Western Balkans cannot join the EU, the EU could come to the Western Balkans. And it can do so in the way it has done itself, from the very onset, following the functionalist method of its founding fathers.

First, the EU must demonstrate it says what it thinks and it thinks what it says, by supporting the Western Balkans through the Economic Investment Plan. The plan seems really quite ambitious, while the so far modus operandi for its implementation doesn’t seem quite so – God forbid it that this plan is dragged on just like the European integration. A reminder here: Our countries have 11 times less access to European funds per capita than our European Union neighbours.

Second, the EU can support our youth by involving them in the same integration mechanisms in its higher education network, for our best performing young people study in their own countries.  Our universities can become part of the structures and degree programs of European higher education, have joint diplomas and provide for our students the same study paths as those of students in your countries, so that the young people of our countries no longer need to go abroad for studies, but also be provided much more chances after graduation in their homeland.

Third, the EU must fully support the Open Balkans, which is an initiative agreed between Albania, North Macedonia and Serbia, to prevent the visionary Berlin Process from degrading into a shadow of itself and from turning into a tour of annual summits across Europe, which repeat themselves, just as this summit repeats that of 18 years ago, without delivering any fresh tangible results for our people. Open Balkans is a completely inclusive and genuine effort to deliver during our lifetime on four EU freedoms in our region, without waiting for another life to integrate the region as a space of complete freedom of movement of people, goods, services and capital. The Open Balkans initiative is inspired by the Berlin Process. No one has to juxtapose the two with patron approaches or confusing statements. The Open Balkans reflects a new level of maturity the countries have gained through the Berlin Process, and a readiness to take the common future into their own hands, without waiting for “parent meetings”, as well as avoid a veto over here or a veto there, imposed by one country or another, which in its own right may not want the same speed of regional integration.

We simply want to ceaselessly work for the future, without being forced to depend on the old problematic way of building consensus among all for every step we want to take; this path turns us into a caricature of the European Council. The Open Balkans is a concrete mechanism, available to any country wishing to use it and open to improvement, which would benefit also from the EU full support to include the constructive contribution of all Western Balkan countries.

Fourth, the EU can do the right thing for us by not excluding the Western Balkans from its emergency response plans to cope with major disasters like the pandemic, or address the most recent energy crisis, which is a challenge for everyone here and could result in the devastating loss of many years of transformational efforts in our still vulnerable region. Let’s hope that amid the latest major crisis that affects us all, our citizens won’t be abandoned like fish out of water, just like it was the case when they left us out of the distribution scheme of the first doses of vaccines, forcing our region, in a true war to defend life, to rely on the most infamous third actors, explicitly China, Russia or Turkey if you will, even by name.

Finally, you can help us by relying more on the rigorous, honest and sometimes irritating work of the European Commission itself, which ensures the most objective possible assessment of our progress or deficiencies. But I know this is superfluous to ask for, so I would conclude by thanking you all wholeheartedly for inviting us here. At the end of the day, the European Union is not the best, but there is nothing else better than the European Union. This is also the reason why we fully agree with the final declaration of the summit, even though no one asked us for our opinion during its drafting. It is what it is.

Thank you for staying with us today.