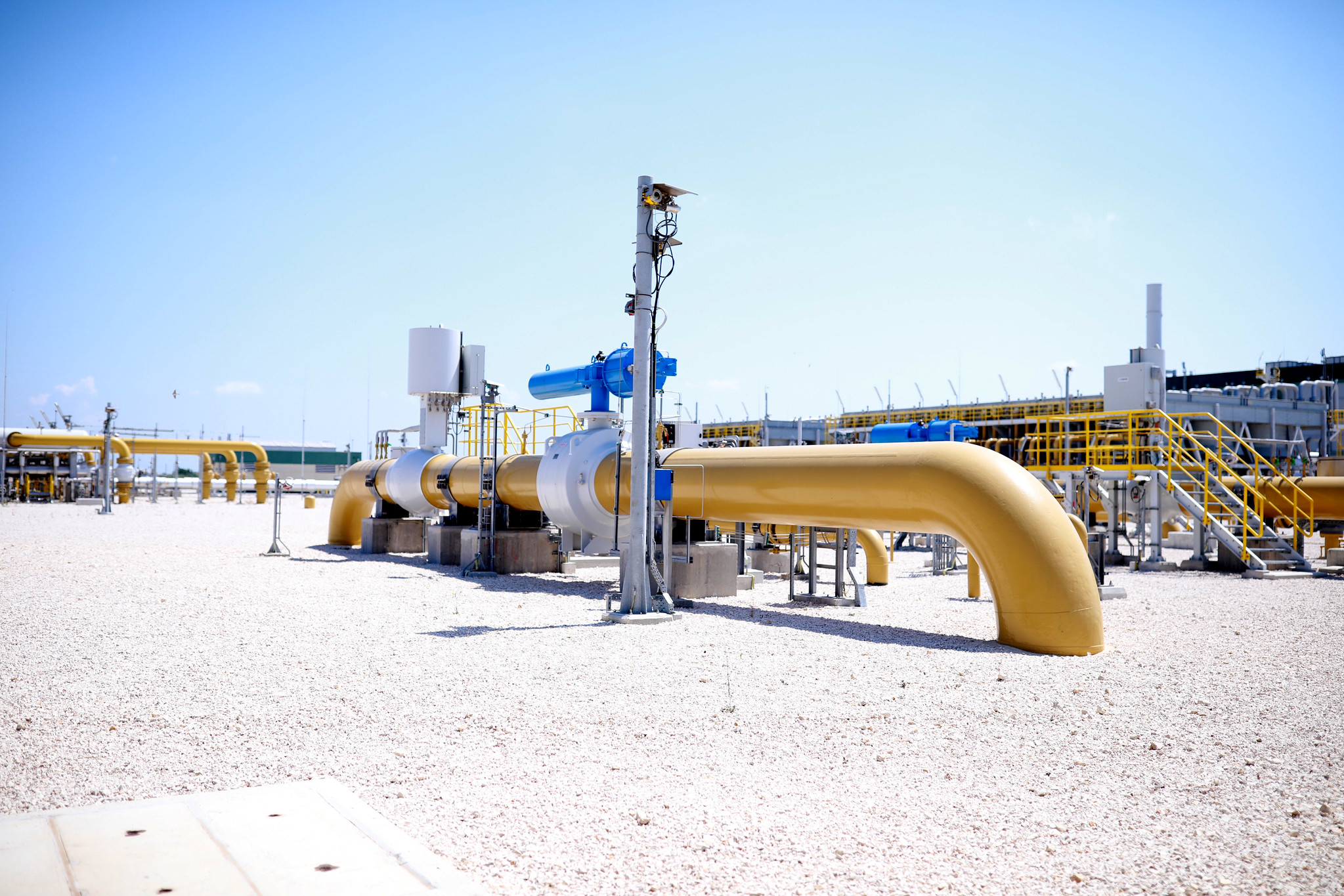 An agreement on construction of the first gas exit point was signed today during a ceremony at the Trans-Adriatic Pipeline’s ultramodern compressor station in Fier. The strategic investment in the Fier South Facility is a significant milestone for Albania’s gasification and it paves the way to development of the national gas infrastructure in the country’s south, while work is underway on the detailed Fier-Vlora pipeline project, which will connect TAP pipeline with the Vlora thermal power plant in an investment by the giant Exxon Mobile.

On behalf of the Albanian government, the agreement was signed by the Minister of Infrastructure and Energy Belinda Balluku at a ceremony attended by the Prime Minister Edi Rama.

Today marks one of the many stations along an ongoing journey to transform Albania practically into a net electricity exporter. This is also a milestone in the efforts to turn our country into a space of various and diverse sources of energy generation, introducing another component to our economic and social life, natural gas that the country has been traditionally lacking.

We are fully confident it is now just a matter of will, determination, perseverance, hard work and patience to deliver on the vision, which is no longer merely a desire, or an aspiration, but a reachable horizon on already laid foundations.

The ongoing interaction process already underway to build a sustainable cooperation with a big US company like Exxon Mobile and Accelerate Energy is also a significant indicator that TAP is not just a gas transition route to the other side of Adriatic, but it is a secure source of a transformative economic and social development for the country in the decade we are in.

I would like to express the assurances of our highest consideration to all of those who are involved in this fantastic project, especially all the Albanian nationals part of this project, starting with the project manager, the entire management team, the specialists team as an added value to this country’s human capital.

I would also like to thank all those who worked and enabled this moment, as other moments will surely be enabled. The Ministry team and the new Albgaz team, the newest body in the world of our institutions, but with a very strong perspective and it is an important point of support on the map of the strategic energy sector in Albania.