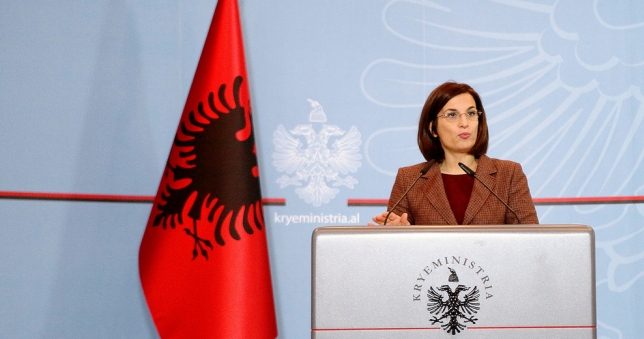 Statement of Minister of State for Innovation and Public Administration, Milena Harito:

There is a problem with opposition of Democratic Party today. When we invite them to meet in Parliament and discuss – they do not come – when we write to them to inform and ask for suggestions – they do not give an answer. They do not pay attention to Parliament’s agenda and at the end of the day complain for not being asked to give an opinion.

The truth is that amendments proposed by Government to law on Civil Servant have been drafted after consultations with international partners and efforts made to discuss them with opposition in Albania. But DP’s opposition is trying to block and not listen, hoping things in Albania will end in stalemate.

We are determined to undertake necessary reforms within legal framework in line with consultations held with international partners – and as much as we can –consultations with opposition.

We thank, in this respect one part of the opposition – the Party for Justice, Integration and Unity (PDIU), which accepted our invitation and did not hide behind absurd reasons to refuse to sit at the negotiating table.

Institutions, based on legal requests, have given their opinions on amendments proposed by Government to draft law on Civil Servant, while local and European experts have held consultations for weeks.

We also want to remind that issues proposed by government for review have not been discussed at parliamentary committees before approval of this law in May 2013.

Absolutely, for this reason, law approved in May 2013 had a serious shortcoming: it did not envisage any regulation for the consequences of restructuring or closure of an institution that could leave civil servants without any protection.

Proposed amendments have one purpose only: to guarantee protection in case of exclusion from civil service.

Availing itself of this occasion, Government expresses firm will to respect and implement Constitution and laws in the country.

The proposed bill is completely in respect of the decision of the Constitutional Court which envisages that interventions in Law on Civil Servant should have not been done through a Normative Act but only through parliamentary procedure.

This is exactly the purpose of proposed draft law which will be discussed in the Albanian Parliament.