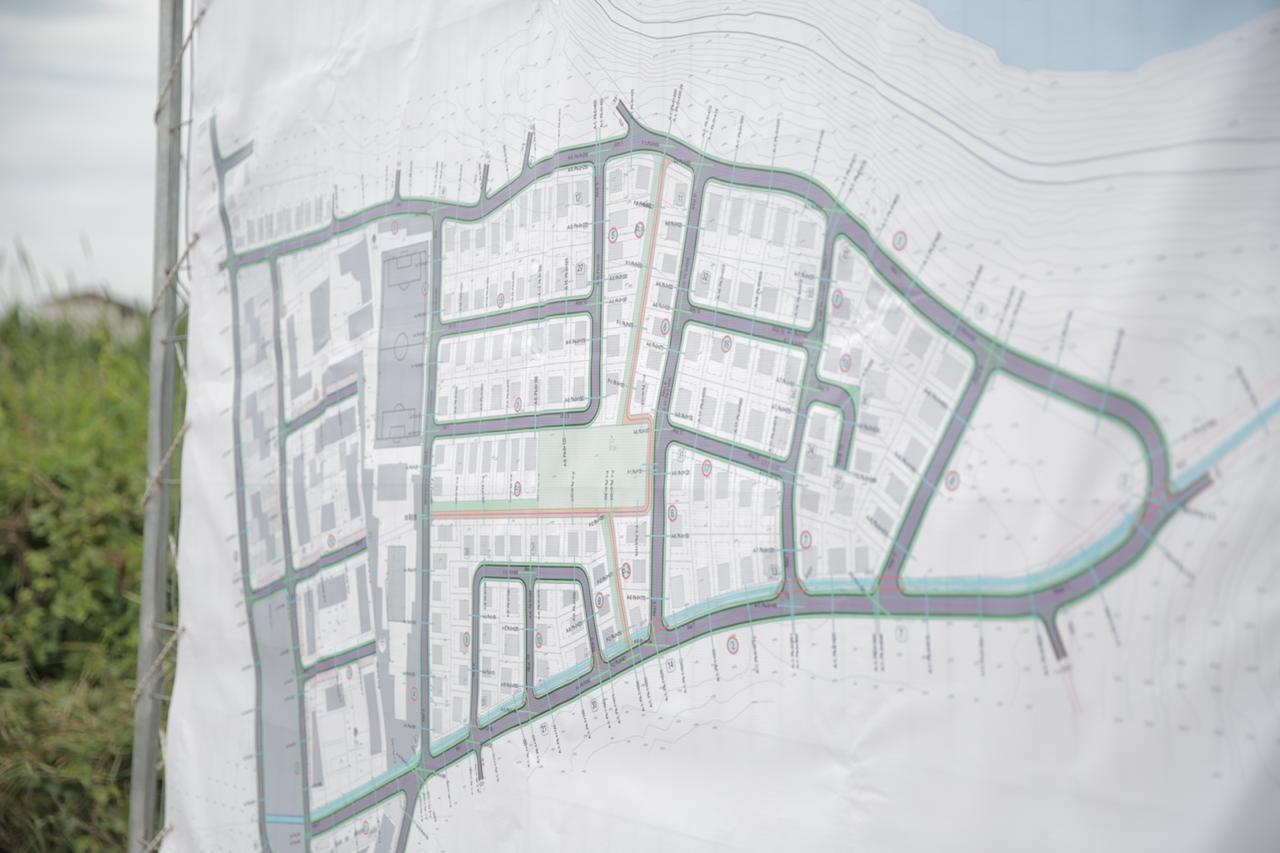 Work to construct “New Thumane” has kicked off on the site set to host timely reconstruction of a residential bloc and the related modern infrastructure for the affected families in the village of Thumane, the worst-hit area by a devastating earthquake that hit Albania on November 26 last year.

Prime Minister Edi Rama, accompanied by the Minister of State for the Reconstruction Arben Ahmetaj, today visited the site to closely inspect progress of work.

The work kicked off to remove debris from the site where the “New Thumane” residential neighbourhood will be constructed following the last year’s earthquake which hit the country and the village of Thumane in particular, leaving many local families homeless. The individual homes and the collective apartment houses will be built along with the related infrastructure of the water supply and sewerage system, lighting system and roads network according to highest standards. The project also entails underground electric distribution and transmission systems, eventually eliminating the overhead lines that often pose potential safety risks and health hazards to the community.

The “New Thumane” neighbourhood will be built on a 15-square hectares site in compliance with the highest infrastructure standards, featuring 5 kilometres of connecting roads and the related road signs system and 3500 linear meters of sewerage and wastewater collection system and the electricity line.

“I would like to tell the quake-affected families, waiting for the new homes to be built, that intense work is underway. The process has gone through a very busy schedule. Unfortunately, the epidemic delayed the process, mainly regarding the competition procedures, since the competitions were open, yet many companies were unable to take part, especially foreign companies that have called for postponement of the procedures, causing the suspension of other related processes. However, it is for sure that on November 26, a year after the tragedy, things will be obviously different and on Nov 26 we will open the doors of many schools and the doors of a considerable number of new houses, although we will have to continue work and complete everything next year,” PM Rama said.