Process of interaction with Diaspora in synergy with vision uniting us 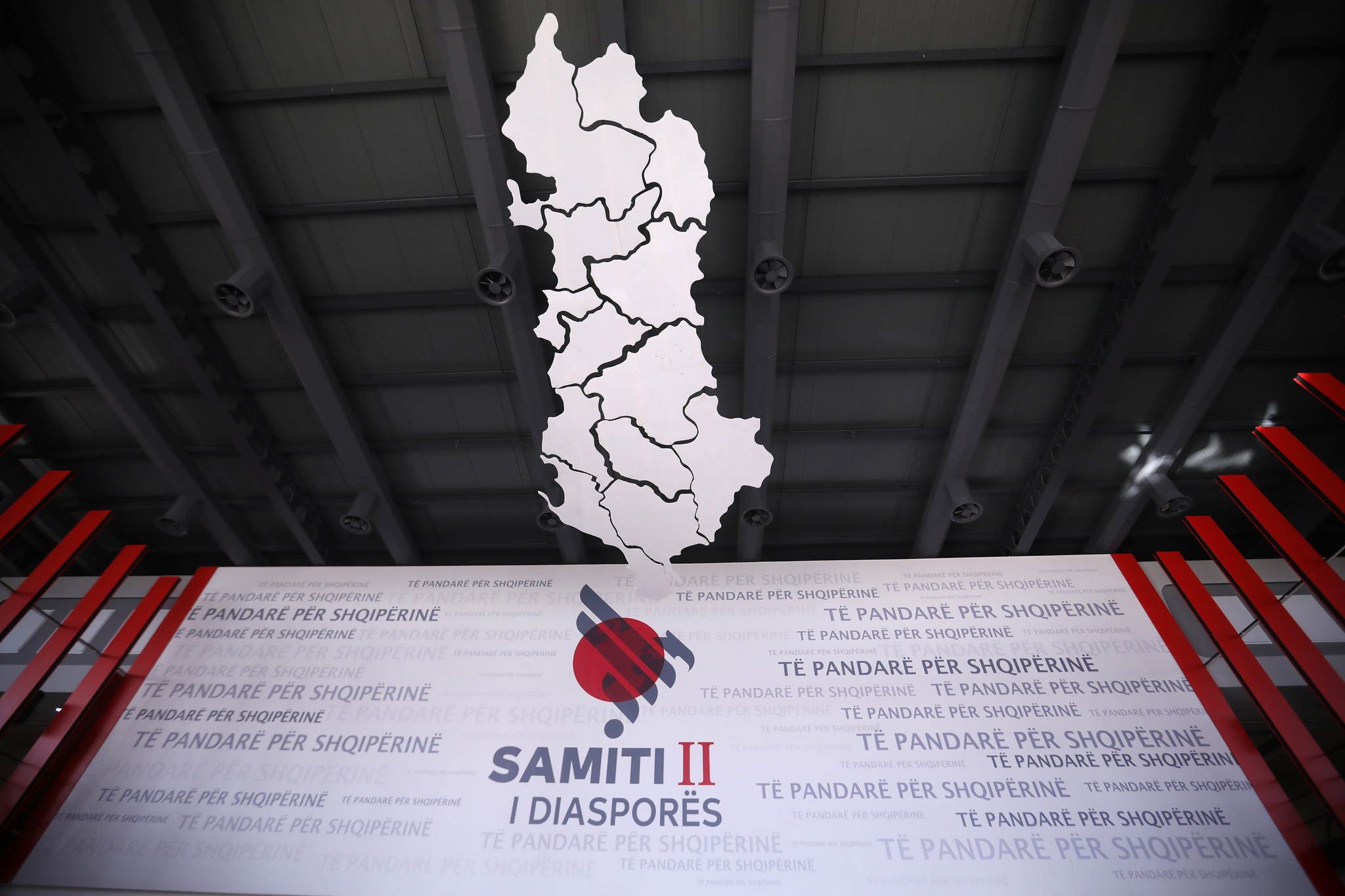 Today was said to be my resignation day from the prepared speeches written out in advance as it seems more appropriate to leave more room for our guests of honour, every one of you and meanwhile, of course, I would very much like, first of all, to thank each and every participant for taking the trouble to come here and I hope that, so far at least, you won’t say the Summit has not been worth it.

On the other hand, I would like to cordially congratulate Golden Eagle award winners who thoroughly deserve them! While the Golden Eagle awards ceremony was on, three very lively ladies behind my back were constantly chatting about the award winners and I told them “we haven’t decided to present the Golden Eagle medal for rumours, but it is an award we can’t actually bestow upon the rumour-mongers because we would then have to produce God knows how many eagle models and again they would be arguing whose is of real gold.”

I came across several Diaspora trash media reactions over this Summit, because the Diaspora has its trash media too and I was impressed by the negativity of those reactions with someone calling it “a funerary Summit”, someone else describing it “Summit of division” and so on and so forth, but, if we are to trust my Buddhist friend, Pandeli Majko, all these are good omen.

Without wanting to take up too much of your time, I want to highlight that I am pleased that through this summit we were able show to all those who were certainly interested and attentive enough that we have worked to set some pillars , whether legal or organizational, so that the process of interaction with the Diaspora is not merely a spontaneous interaction process nor is it simply characterized by these summits, which, I am confident will become a tradition but a process where we really create a space of interaction and where we develop common synergies based on the vision that unites us. I am saying this because it is really important to share with you the awareness that many things unfortunately have launched too late in Albania.

Should this story we have started to modestly write together without great ado – but seeking to create a common space – was to be launched 25 years ago and should we are holding not the second but the 12th summit today, then we would have made a lot more progress. Just as we would have made much more progress if the reforms we have launched over these years were launched many years ago and should we were not discussing these reforms’ initial results today, but instead usher in a completely different process, then we would have saved incredible wasted energies, we would have saved incredible wasted funds and, above all, we would have spared tremendously hopes and unfulfilled dreams, not because of individuals, but due to an inner weakness on our part to initiate things in a timely fashion step by step.

However, it is never too late and we can confidently state that we have taken another step. We would need a whole set of other steps, but looking at the Golden Eagle award winners one by one and taking a look in the not-too-distant past, I can state we need exactly the resistance we learn from the history and the daily community life of Albanian Jews and we also need the power of the will and readiness of that nation’s ambassador who came to attend this event as a representative of Albanian-British lawyers. We undoubtedly need Ekrem Bardha’s and his all generation’s ability to never surrender. We need the energy of Mark Gjonaj and all of them like Mark. So, the examples are found among us. Suffice it to have the desire to look and have the will to follow their lead.

Undoubtedly, we have a long way to go, but if a renowned Frenchman, André Malraux at a point said “the 21st century will be religious or won’t be,” trying to look into details, it seems to me that everything can be summarized in what a prominent Renaissance figure called it identity, religion related to identity. Regardless of how much the world opens up and how many interaction mechanisms and whatever movement and globalism going on, it seems quite the contrary as at every step we come together in our roots, identity, and Albanianhood in our case.

So, there is nothing left but everyone of us, using our position and opportunities, doing everything we can and give something of ourselves to our identity.

I am delighted to be given the opportunity to present this Golden Eagle award to someone I love and very much respect. I love him because he is a person he makes us all not just take proud, but also feel happy whenever seeing him and I admire him because he is one of those who has experienced first-hand what it means when a daydream comes true just by being willing to pay the price of sacrifices and woes a dream takes to come true. I would like to invited Saimir Pirgu! This is the case when the expression “if you say Saimir Pirgu, you have said it all” becomes meaningful.