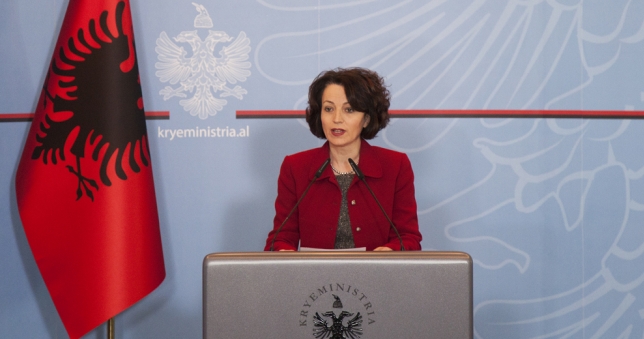 Statement by Minister of Urban Development and Tourism Eglantina Gjermeni following the meeting of the Council of Ministers:

The government approved on Wednesday the decision, “On Abolishing CMD No. 600 ’On housing of high state administration civil servants and political officials.”

As reported on the media, the auditing conducted by the Ministry of Urban Development and Tourism revealed shocking facts. The soft loan programme for civil and political officials was used to support unilaterally the militants and people with power who were close to the government, while failing to address the concerns of those citizens who mostly needed accommodation and lived on low income.

The internal auditing report of the Ministry found that the officials have benefited loans without meeting any criteria. Specifically:

-Maximum soft loans have been granted and disbursed with now preliminary calculation.

-Cases have been identified where individuals have benefitted soft loans from 2 housing programmes simultaneously.

-Cases have been found of officials who have benefited from the loan programme, while being already owners to one or two houses.

-Senior and political officials have benefited a second loan to buy houses outside the area of their activity, including tourist zones.

All the above violations that we have submitted to the prosecution for investigation  provide a clear testimony of the fact that officials who had power were treated differently from the citizens in need, and were privileged against the applicable laws.

Upon the proposal of the Ministry of Urban Development and Tourism, the Council of Ministers decided to abolish the privileged treatment for state officials.

The Council of Ministers decided today that budget funds planned for the officials will be allocated to other groups whose need for shelter is most immediate, such as the families living in the former property of the expropriated entities, who are subject to benefit loans at a 0% interest rate.