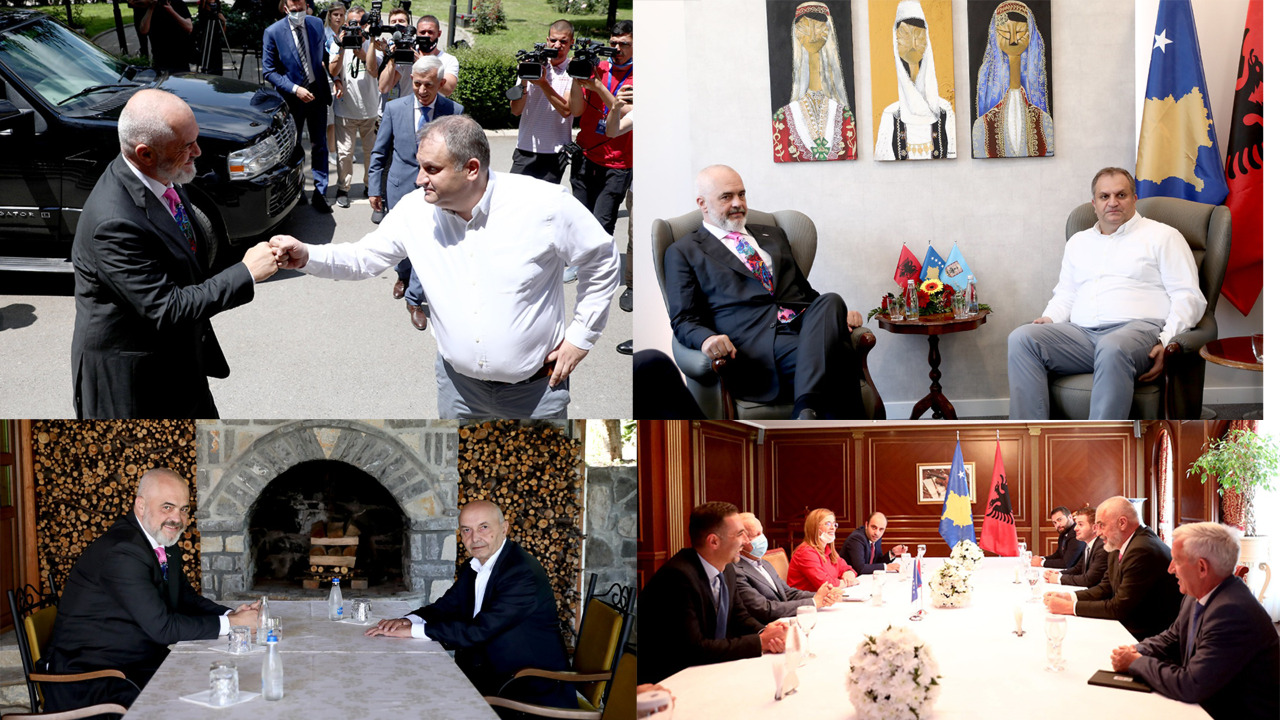 On the second day of his visit to Kosovo, Prime Minister Edi Rama continued meetings with other political leaders in Pristina.

PM Rama, who was accompanied by the acting Minister for Europe and Foreign Affairs Gent Cakaj, met first with the leader of the Democratic League of Kosovo, Isa Mustafa.

PM Rama also held talks with the head of the Social-Democratic Party of Kosovo, also the Mayor of Pristina, Shpend Ahmeti, to discuss cooperation in the efforts to overcome shared challenges.

The premier had also talks with the leader of the New Kosovo Alliance, Behgjet Pacollin, with whom he exchanged views on the latest developments.

As previously announced, PM Rama didn’t make any comment to the media following the meetings, but he will answer to the media interest at the end of his visit.