The restoration of a right 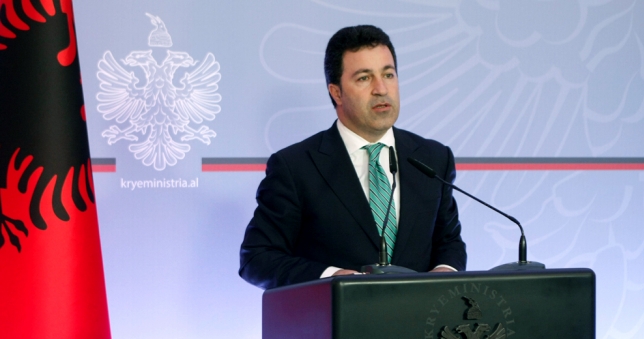 Press Statement of Deputy Prime Minister Niko Peleshi, following the meeting of the Council of Ministers:

At today’s meeting, the Council of Ministers decided that in compliance with the Labor Code, the right of workers as a fundamental part of human rights, when official holidays coincide with non working days, Monday will be a day off, thus invalidating the CMD no.54, dated 03.02.2010.

This decision was also taken in respect of the sensitivity of religious communities, since there are national holidays that belong to religious beliefs. Thus, starting from next Monday, which is the day after Catholic Easter – and I take this opportunity to wish Happy Easter to Catholic believers – Monday will be a day off, as well as any other coming Monday after the national holiday, when it falls on a weekend.

Restoring Monday as a day off is also an important incentive for domestic tourism. At the same time, I repeat, this is in compliance with the Labor Code which has established Monday as a day off, when national holidays fall on weekends.

In addition, I want to inform that the Albanian government is working intensively on a project that will give us the opportunity to grant bonuses and incentives to administrators, employees and excellent public employees who are distinguished in their work. These are financial incentives that, with a series of other incentives, tend to correct failures of the job market, for example positions which remain vacant because they are not sufficiently attractive, such as doctors specializing in regional hospitals or teachers of difficult subjects etc.

So with zero cost to the budget, we are concluding an incentive package aimed at respecting the rights of employees, rewarding them in a different and dignified way, in order to increase capacities, which ultimately aim at dignified, appropriate and European standards services for our citizens.

Thank you and let me add that this is not an April Fools’ Day joke.