Arbri road from promise to reality 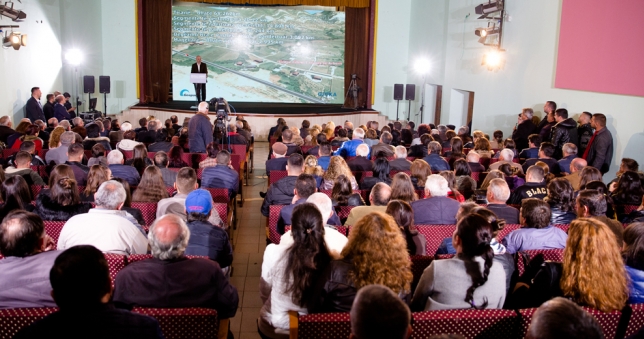 Arbëri Road is like a dream that comes true for all Dibra people.

During the presentation event of the winning project on building the road in Dibra on Saturday, Prime Minister Edi Rama evaluated that it will be the first national road of European standards in Albania that will get certified by the European Union.

The road will be short, but it will solve problems that have troubled Dibra people from Peshkopia to Klos, in Burrel and in Bulqiza.

The prime minister provided some figures showing the benefits of the new road. Thus, the distance from Dibra to Tirana is actually 125 km long and of poor quality. While through the new road segment the distance from Bulqiza to Tirana will be just 30-40 minutes travel time and the road will be of European standards. While Tirana-Bllata road segment is 160 km, but through the new segment the distance to the Macedonian border will be 75 km.

PM Rama appreciated that the project is significant not only for this area left in oblivion since the fall of communism in 1991, but for all the country. Dibra area is rich of natural resources and in the past there have been just concessionary contracts on its mines and electoral promises. But, today the prime minister pledged that Arbri Road will not only connect one area with another, but it will be a source for strategic investments, employment and tourism.

Arbri Road will also be an economically significant corridor in the region. Therefore, Albanian and Macedonian governments have agreed to hold a joint meeting in Pogradec in the near future to discuss about the Macedonian side completing that part of the road within its territory so that one could go to Macedonia easily from Durrës Port.

The prime minister evaluated that the current project is quite of a higher standard as compared with the project of the previous government. “Today, we are here to say that Arbri Road is not any more a promise of politicians, but a promise delivered and to which we are committed since the first day in office 4 years ago in the first governance mandate”, emphasized PM Rama.

Speaking about the new budget 2018, the prime minister highlighted the fact that there are envisaged 42% funds on roads, waterworks and canal system.