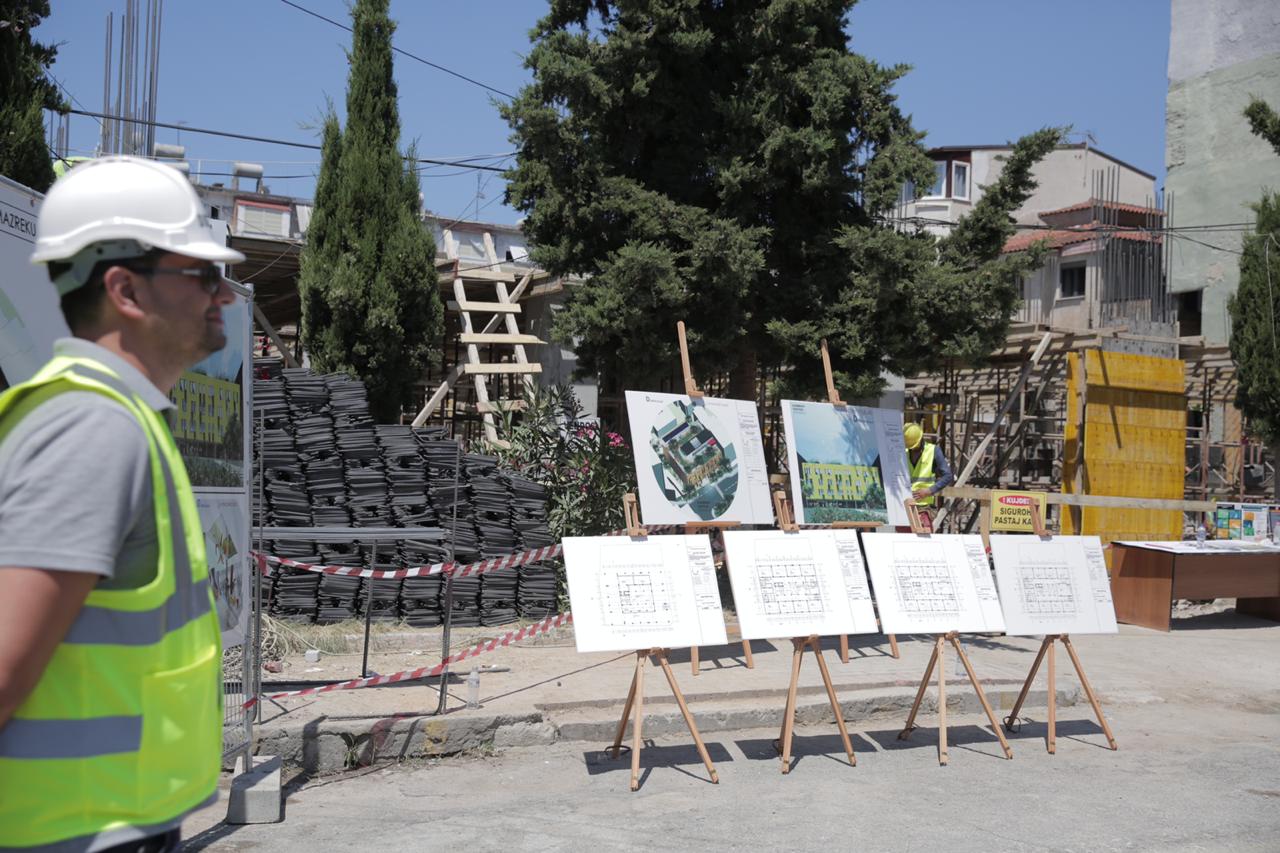 Construction of the nine-year school “Shaqe Mazreku” in Durres is set to complete in coming months a new modern school building will open its doors to 711 pupils on next 26 November, on the first anniversary of the devastating earthquake that hit Albania last year. The old school, which sustained serious damages due to the earthquake, was demolished to clear the way for construction of a brand new and transformed school building designed to meet contemporary standards for habitability and environmental comfort and provide spaces for contemporary education.

Prime Minister Edi Rama, accompanied by the Minister of State and Reconstruction, Arben Ahmetaj, closely inspected the ongoing construction work on the site. “The new school has been designed to serve also as a community centre, and not just as a school and it is one of the largest schools being built in the area,” Reconstruction Minister Ahmetaj said.

“With its modern infrastructure, high safety standards and optimum spaces students and teachers, this new school is one of the 27 examples of reconstruction from scratch for the education system we want in Durres,” PM Rama said.

A total of 278 schools will be upgraded and reconstructed in Durres, addressing the coastal city’s needs for decent educational institutions in the coming years. “It is great a pleasure to see the pillared columns being erected and this whole new world blooming over the ruins,” Rama added.

the previous quake-damaged school had a total surface area of 1650 square meters, but the new school will have a total of area of 3250 square meters to accommodate same number of students and it will provide completely different standards.