Yura Corporation starts operations in Albania after investments in 12 countries 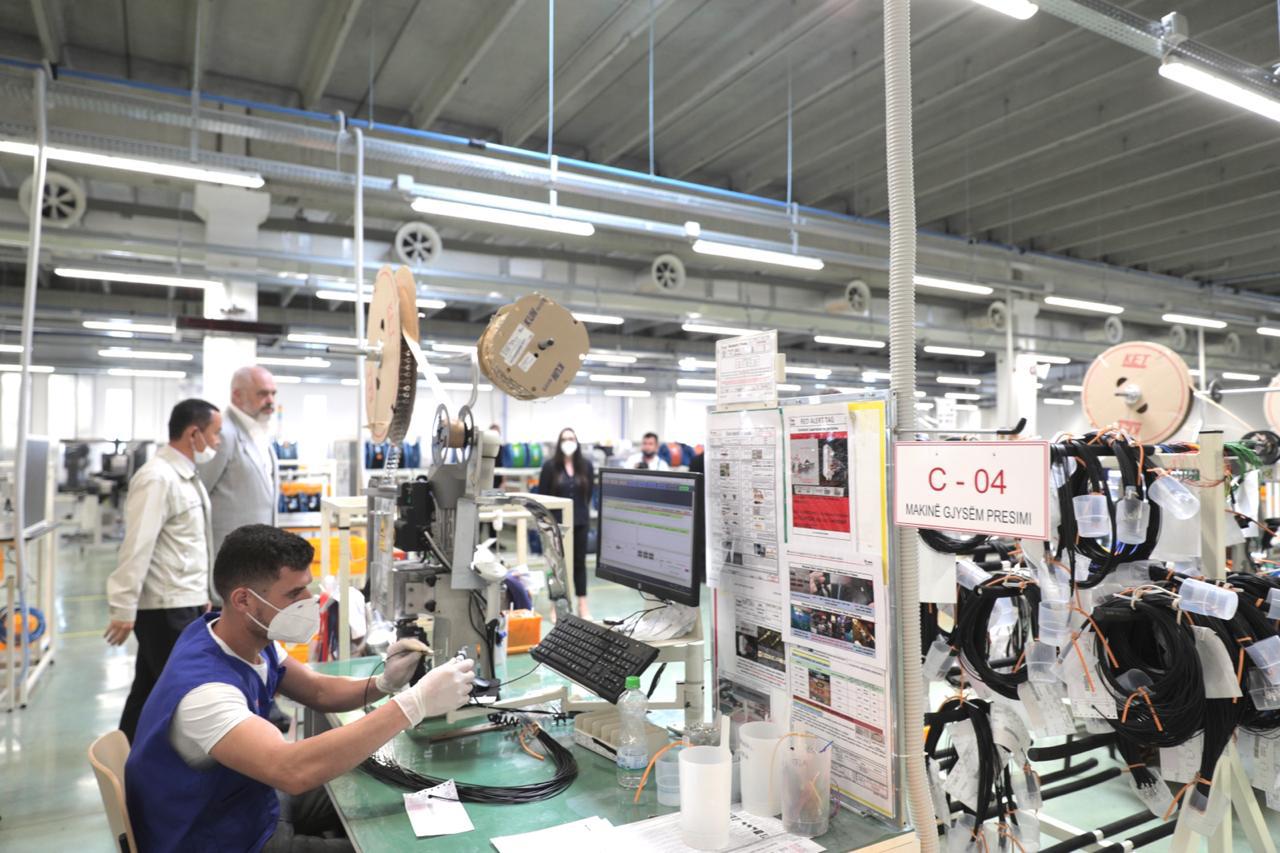 Foreign investments in Albania have doubled thanks to the government’s economic reforms and the increasing attention to foreign investors.

Prime Minister Edi Rama, accompanied by the Minister of Finance and Economy, Anila Denaj, today inaugurated the newest factory of Yura Corporation in Europe, the South Korean manufacturer of cables and wiring for the automotive industry. With 60 factories in 12 countries in the manufacturing of automotive electrical and electronic components, Yura Corporation launched its operations also Albania. A total of 546 workers are employed in this factory and the company expects to create more than 700 new jobs next year and create a further 2,000 jobs by 2023. Yura Corporation Albania aims to take its exports to over 100 million euros in the next three years.

Prime Minister Edi Rama’s remarks at the inauguration of the newest factory of automotive industry parts by Yura Corporation Albania, a major investment worth around 1 billion lek:

I am very happy to be back to this territory, where less than a year ago we were together with the Yura Corporation representation to launch a transformation that was just a dream until then.

Today we are back to admire this dream that has come now true, because this is actually a big global corporation that has just set foot in Albania and the corporation’s ambition is to further expand.

There are today more than 500 persons working under optimum working conditions and I would like to tell everyone watching us now that the air is wonderfully conditioned, whereas any other work and business premises meet highest international standards and live up to the corporation’s reputation, but the number of employees is to soar to over 2000 and, as Sokol said, the amount of the export-bounded production is expected to grow to over 25 million euros and to 100 million euros in three year’s time.

Before Yura Corporation launched its operations here in Fier, it had an expanded presence in 12 countries, and its CV included 60 factories for manufacturing parts for the most famous car brands in the world. But, after Yura came here, what impresses us – and we are grateful to the corporation – is the fact that a number of other companies in this area have expressed interest in investing in Albania.

It is an industry really indispensable to the general framework of manufacturing in Albania and, on the other hand, the culture of work and the way of building work relations and experience gained and accumulated step by step thanks to the companies of such category of the world Champion League in economy go beyond the financial value, the concrete figures and energize in an irreplaceable way the future of the Albanian economy.

On the other hand, I would like that the conversation with the company representatives and Mr. Nano was a conversation, which included not only the necessary information aspect, but also encouragement due to the fact that what matters most is that workers receive decent wages. The company representative that salaries will gradually increase based on levels of experience and if the minimum wage is the starting point, the company will raise wages by 30 % based on level of experience and workers will see their wages increase at a reasonable rate also based on the increase of the production volume, because the company’s philosophy is not that of labour exploitation, but the philosophy of creating a community that feels part of a development history of this company in many countries around the world and part of an expanding vision to many other countries and its irreplaceable wealth, that is the human capital.

To conclude, I am very pleased that figures, facts and not opinions are increasingly showing that we are quickly recuperating and recovering the ground we lost due to the brutal interruption of business and work slowdown during the defensive lockdown to cope with the aggression from the invisible enemy, the virus that has caused difficulties for whole world and in fact we record daily improvements in this respect, making us believe every sector will resume work in full capacity by the end of the third quarter of this year and then will to gain momentum in the last quarter or in the last 4 months to take a significant economic and social leap starting next year.

We are about to conclude the preparations for the revised state budget, where we plan to stipulate by law a series of very important measures, including the decision to scrap the profit tax on small business until 2029 and the decision to remove VAT on businesses with an annual turnover of 100 million lek, so that we give a fresh breath, new energies and a new and big reason to work and generate work through small business and this will include not only those currently running a small business, but also everyone else who is seeking to work and is in sear of success through work and not only Albanians in Albania, but also our compatriots living abroad to invest their savings here and usher in a new chapter of their life, as many have already done before them.

Prior coming to this event, together with the Mayor we visited an exemplary enterprise not far away from this area in Libofshe, where a group of brothers and friends have joined forces to create a fantastic nucleus for export and they had impressive plans for the future. It was a joining of forces among people who had never left the country and some others who had returned back home after years abroad to bring their experience and make available their contacts with businesses in the countries they used to work. It was not an extraordinary story in the sense that it is not the only case of emigrants returning back home and become successful, who return home with the ambition to apply in their country what they have learned there and change the role from worker to job creators and increasing their earnings. Of course, the path towards the future is not easy at all, but in a hindsight we would see the long distance we have gone so far and I believe in this way we would find all the reasons to believe we can keep moving faster and better along this path and yield more results after having sawn a lot throughout this period through reforms.

I would like to thank the company, the corporation! I also thank the head of the corporation for his warm and friendly message, assuring him he is always welcome in Albania and hoping that even this obstacle created by the coronavirus will be overcome as soon as possible and will allow the movement and the interaction be restored as previously, along with overcoming this obstacle.

Thank you very much and respect for everyone! I also want to thank workers as they really deserve respect and they are an important asset, as they are an example of the simple fact that whoever really wants really work and whoever wants to live through work, they can find a job and they do not expect it either on Facebook, or at home and above all, he finds it in the private sector and there is proof that the answer to the job application cannot be the administration, but it is the private sector.