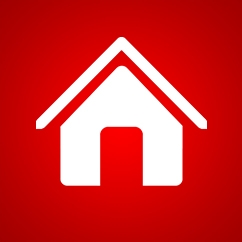 I am proud of the confidence bestowed on me by an unusually overwhelming majority of voters, who invested themselves in us, the Alliance for the European Albania.

In the same way that we fought altogether to win this great trust, we are also going try much harder and with an increased dedication to the country and its people, in order to shape the change Albania demanded on 23 June, with the determination of a plebiscitary vote, which was only similar to the voting of 1992.

This powerful expression of people brought the democratic revival to this country in elections that were finally free and recognized as such worldwide and gave to us, Socialists and progressives, the immense privilege to administer the affairs of Albania.

We take over this duty with a deep gratitude that stems from such a special privilege and with all the humbleness required by the trust of the verdict of the sovereign people.

We cannot but take pride in the campaign full of light, colours and positive energy that we ran as a coalition for the future, reviving hope and expanding the active participation of people far beyond the boundaries of political parties.

After the discussion and endorsement of this programme by the Assembly, a day-to-day confrontation will start with the hard reality of an Albania that has been deeply afflicted by the deep wounds that were inflicted to its body, mind and soul.

Freedom for the people and competition stripped off any political discrimination and restriction and based on the merit;

Accountability before everyone, before the country and the law, in order to shape a society where the rights of everyone are not separated from the obligations towards the community;

Solidarity with the most vulnerable that will ensure a space of coexistence where equal chances are not sufficient if not sustained by social justice.

These are the values that will guide the journey of the Alliance for the European Albania in each and every decision and action taken to accomplish this programme.  Our vision is An Albanian Renaissance.

Our mission is to move faster forward towards building the Next Generation Albania.

Our duty is to ensure good governance, meet our goals through the application of new policies with courage and determination, and to bring a new culture of exercising power into life.

We have a conviction that is simple enough: Albania deserves more.

This country, our common home, does not deserve to face the functional illiteracy of more than 50% of the youth and the lack of jobs for over 1 million people, who live on what each day brings to them and under the constant anxiety of uncertain tomorrow. Albania does not deserve to see the total destruction of its own nature, where, everyone who can, grab benefits without counting the damages.

Albanians do not deserve to see their freedoms and rights perpetually violated, to hear the daily official lies, to be left on their own in the face of the dangers and issues that are impossible to address unless one has the State by their side.

Albania does not deserve to be marred by the corruption and criminality that have tied its hands and are suffocating the country; neither does it deserve to rank lowest amongst the countries of the continent and beyond in every international index on living standards and public services, or to agonize under the burden of an image it has been stuck with throughout all these years, only because of powers which have changed colours, but not nature, tenure but not habits, place but not model. Albania does not deserve this.

Albania deserves more, because it has everything it takes for its people to live in a normal economy, safe society and a dignified country that stays amongst equals at the table of the United European Family.

Albanians deserve more, because they are capable of doing so much more if those who speak out make decisions and take actions on behalf of thee citizens, and not merely in favour of their interests and affairs; if those who govern do not divide for the sole purpose of ruling, but provide by the uniting power of example; if those who make and approve laws and rules do not become the first ones to violate them, but the first to abide by them unconditionally.

Our goal is clear:

To govern Albania like it deserves. To give Albanians a tangible picture of the European Albania they dream and deserve. To transform Albania into a model that inspires peace and development in the region.

We bring this governance programme before the Assembly of Albania, being fully conscious of where we are heading to; endowed with the will to share every single truth with the people of this country, no matter how bitter it is, with the commitment to take all the necessary decisions for the country, no matter how hard that may be; fully determined to prevent powers or privileged positions that originate from governmental injustice and have distorted our economy, no matter how deeply they are rooted; with the spirit of building cooperation bridges with everyone who, maybe, does not share every our idea or conviction, but holds the same awareness that Albania is the homeland and Europe, our future.

I strongly believe that it was with such awareness that Albanians voted for a Renaissance. And Renaissance will be!