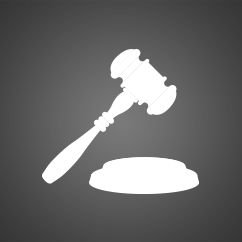 During the previous government the budget allocated to education as a part of the annual budget spending never exceeded the level of 2005. Public spending on education is twice as low compared to the average rate of OECD member countries. The right-wing Government left the burden of education to family budgets. The illiteracy rate is estimated at 15%. School drop-out in the 9-year cycle is 10%. On the other hand, it is frequent that children living in rural areas have to cover long distances on foot, under rain or cold, to go to school.

Culture and the Cultural Heritage shall have a dedicated ministry, free of any other extensions and without it turning into an extension itself.

Art and Culture require a new approach for the management of institutions, in order to increase their artistic independence and create room for the generation of revenues from third parties.

All public institutions shall undertake an effective engagement in the fight against the violence on women, strengthening of role of the judiciary in the prevention and support of the victims of violence and proper punishment of the violators. A national registration and online system of the cases of domestic violence shall be set up and a national helpline for the domestic violence victims shall be fully operational. Most important is the re-integration of the girls and women who are victims of violence by supporting them with social houses, employment, vocational training and social service assistance.

Two out of three young people in Albania are jobless. Being the predominant category of the Albanian society, youth, more than any other age group, has been affected by the high inherent employment rate. The state of employment and opportunities for the youth in rural areas is extremely serious.

The current healthcare service is one of the worst public services delivered to the Albanian citizens. The Albanian health system cannot manage to perform any of its functions, failing, thus, to prevent, diagnose, treat and rehabilitate.

Present figures indicate that 28% of the children live in poor families who rely on economic aid. One out of three children is actually in need, whereas only one third benefits care and service. Roma and Egyptian children are faced with miserable conditions. Real poverty in Albania is at a rate of about 40%, while in hilly and mountainous areas figures speak of a rate of over 50%. Real poverty measured in the context of purchase power is over 62%, the highest in the region.

Socialists are carriers of the best values of Albanian patriotism and of the veterans of the National Liberation War. We honour our own national history and the National Anti-fascist Liberation War with its martyrs and heroes, as one of the bright pages of the history, where the role of veterans remains a constant reference point. Veterans liberated the country from the Nazi-fascist terror and placed Albania on the right side of history, along all the great liberation powers.

Our social insurance system is ailing because of cardinal issues, amongst which low pensions that are inadequate for pensioners to afford their living, a highly problematic contributor-beneficiary relationship, an extremely low converting salary-to-pension salary and obstruction of pension supplementary pension, in particular for those individuals involved in difficult professions.

Social housing will be one of the Government’s priorities. Following a careful legal review, we will distribute the already-built flats on through a transparent process.

We shall improve the housing legislation to guarantee that housing, as a fundamental right, is offered with quality and efficiency and that it is affordable for all strata, including the vulnerable ones.