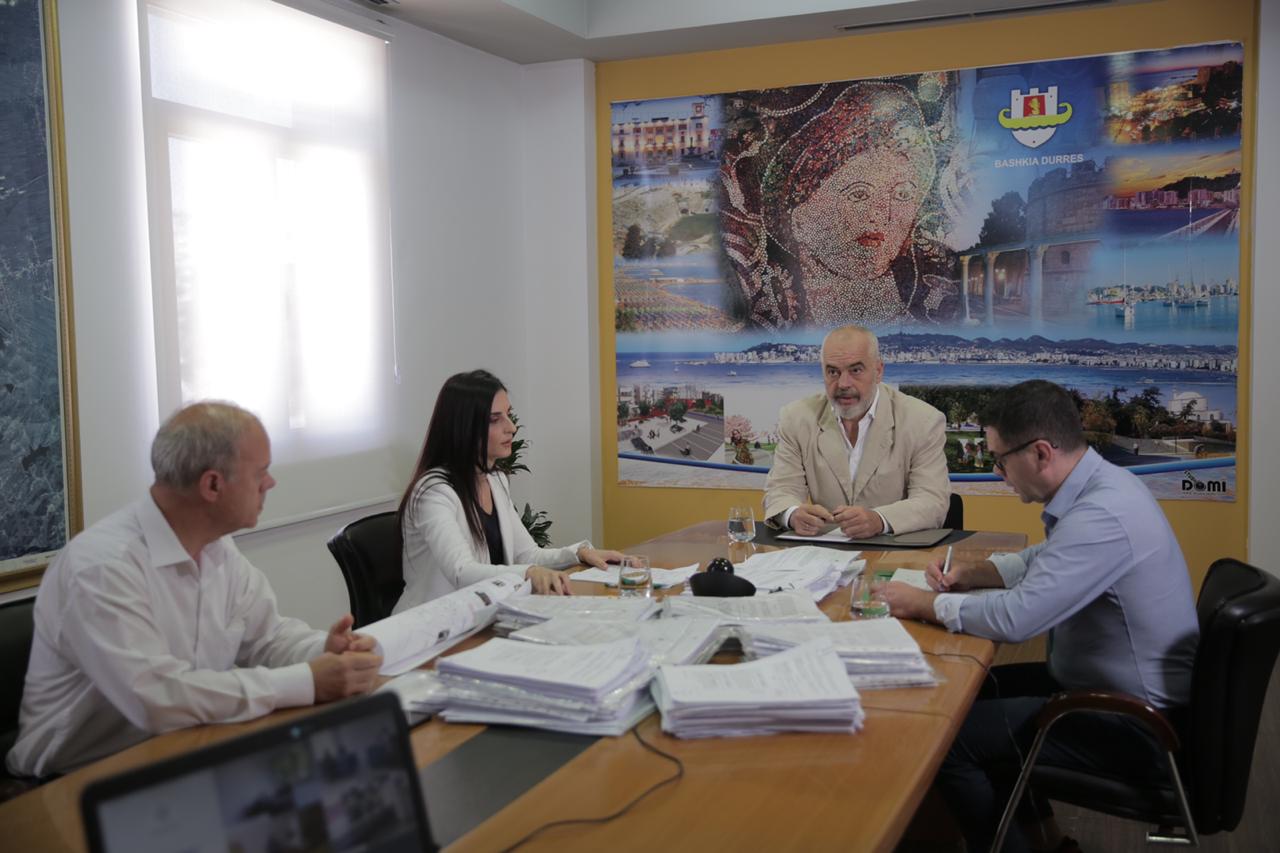 The Municipality of Durres has launched the distribution of the government’s recovery and compensation grants to a total of 7449 households whose homes were damaged by the earthquake that hit the country on Nov 26 last year. Prime Minister Edi Rama, who visited Durres together with the Minister of State for Reconstruction Arben Ahmetaj, to closely follow the process, said that government will provide full compensation to all quake-affected families to rebuild their houses, stating that a total of 2.5 billion lek in state budget funds will be poured straight into the household coffers.

“We have launched intense work to distribute compensation grants. We are aware that people are everyday waiting to return to their homes and we have done utmost efforts to carry out the process faster and better. The total lockdown period caused significant delays in this process, however we are gradually recovering and making up for the lost time. A total of $25 million is being provided to all families that need to repair and rebuild their houses, where damages are considerable ones,” the Premier said. Among other things, he underlined that reconstruction process is also being advanced in Durres, with work already underway to implement the endorsed plan for the development area in Spitalle.

“In the meantime, intense work has been done to design reconstruction plans and the plan for reconstruction and development of Spitalle has been already approved. A series of new buildings are being constructed individually in the sites where old buildings have been demolished, in order to make sure that the quake-affected families do not simply move into a newly-built, safer, stronger and much better home, but also in a modern residential neighbourhood. We are currently at the state of procedures, where competitions will be launched, whereas we are advancing the reconstruction plan in Spitalle, where we will employ the team set up by the heir to the throne in the United Arab Emirates,” the Premier said, adding that reconstruction plans are being advanced in all quake-hit areas.

“It is a considerable amount of around $80 million dollars in compensation grants that will go straight to the affected families in Tirana, Vore,  Kavaje, Shijak, Durres, Kamze, Kruje, Fushe Kruje, Kurbin, Mirdite and Lezhe. Concrete work is underway to construct individual homes. The competition for their construction has completed. Contracts have been signed for construction of an initial group of new houses and we will be on the ground very soon. First individual houses will open their doors by early fall, whereas it would take a little bit more time and patience regarding the collective apartment homes, but everyone should clearly know we  are pressing ahead with this process,” PM Rama said.

“This is a process that would help us not only to heal the wounds caused by last Nov 26, but it would also bring a significant impact on our country’s economy, which, now more than ever, needs sizeable injections to generate new employment and investment opportunities. This Marshall plan- like reconstruction program will have significant impact both on local and national economy,” the Premier added.

On his part, the Reconstruction Minister Ahmetaj noted that the reconstruction funds are estimated to hover at around $1 billion, or more than 7% of the country’s GDP. The Mayor of Durres, Emiriana Sako, on her part, said that the coastal municipality has signed 3270 contracts to date. “We have already granted around 60 million lek to an initial group of families eligible to the government’s compensation grants for rebuilding their quake-damaged houses. In the meantime, we have also received funding for reconstruction of common living spaces for around 790 apartment buildings,” Sako said.